You have just been appointed director of a local contemporary art museum in Sardinia. Could you give us a brief introduction?

Three years ago I have started work on a gallery in Sardinia. During the construction of the gallery I was invited to direct the tiny museum, that is near by in Calasetta. This is one of the poorest regions in Italy. We are closer to Tunisia than to Rome over there, just to give the setting.

So we should start with the gallery then?

Yes. This is the first project we did. It is interesting, because we have all the conditions. Everything started three years ago. This village, which is in the south west of Sardinia and it is completely derelict. Everyone is escaping to the city. And this is not even Italy, it is only an island in Italy. They don’t just escape from the village, they escape fully from the island. The future of the island or the village has always immediately related to tourism. The problem is, that everyone considers, in order to develop something, you need to built. The idea is not to built anything, rather to take existing fabric, in this case a derelict building on the coast and to work within the building regulations. In this case you are not allowed to built anything 3km within the coastline.

Ok I understand. Thus the radical move of removing the ceiling?

Exactly. Thats why the idea of leaving everything and only removing the roof came about. It is a new challenge for the curatorial program and a strong critique towards the white cube. It is a space where artists work. Their work decays consequently, as it is constantly exposed to the wind, the sun and rain. And the curatorial program becomes a continuos narration, instead of a series of events.

So do I understand correctly, that each artist works on the traces of the previous one?

Yes. But this is only possible as nothing was designed. Everything was just give. We kept the flooring, decorations, a plant in the building, internal tiles etc.., only the roof was removed. This is a conceptual architectural intervention.
At the same time it is an answer to the local regulations.

You mentioned three years of construction. But you have only removed the roof!

The project took 3 years to complete, as everything that could go wrong went wrong. We found bombs from the second world war, there was asbestus on the ceiling… what should have been a 2 weeks projects, carried on and on.

How is the running of the space financed?

In order to find sponsors we started collaborating with local institutions, which are no institutions anymore, like the municipality of the region. Instead we found local people. Be it the butcher, the ice-cream shop.

This still leaved a matter of the audience. Consequently one would like the gallery create an impact. Other institutions are battling with visitor numbers, which I assume, especially if on your part of the island is no touristic activity taking place, it will be hard to have any audience?

You are right. How art could produce a new audience today, is interesting to me. And this project is raising this thought. Yet the Gallery is located about 70 m away from the coast, which is a spectacular set of cliffs. It is a small community, like 1500 people. So the problem is not finding an audience there, but really producing it through the form of a museum.

Ok lets move to the museum then.

The museum was founded in 2001 and it was the former slaughterhouse of the village. It is quite a large space, that got converted. But both the architecture is quite banal and the collection is very modest as well.

Which is in this case an advantage for me.

Because I have more room to work. The overall operations are: First the gallery and the museum work together. Second its cultural production and third is the Mediterranean. In fact the museum aim to become a small epic centre for an entire geopolitical territory, which is the mediterranean. For this we studied the map of all museums in the region of 3km of the coast all around the Mediterranean.

Ok we need to get this organized her. Lets quickly intersect with how are you seeing the connection of the museum and the gallery?

At the moment there are three artists in residency and one curator. And the project is based on two assumptions.
First condition: The gallery and the museum are separated and they need to move together. And the gallery turns into the special project space for the museum.
Second condition: I am not interested in the museum as a space to exhibit work. It should not only be about consuming space, being a truistic attraction. I just want the space to operate for cultural production.

How are you defining cultural production here?

Cultural production means in this case artists need to produce work there and second are only allowed to do so with materials and techniques from local craftsmen. By doing that I actually two things. On one site I am stimulating the economy and on the other I am showing the authority how the museum is a catalyst for the territory.

Ok lets come back to the Mediterranean. You mentioned you were analyzing the entire coast. How many museums are there then?

We discovered, that there are 1037 museums on the Mediterranean coast. This already defines the ambition of the project, which is a geopolitical experiment. How these tiny spots can operate together on a territorial level, through a curatorial project.

Have you got any answers already?

In fact we have started. We are in touch with museums in Italy, Greece, Istanbul, Cairo and Algeria. The interesting part is, that the overall project work on different types of scales. It defines different types of relationships, with a direct context. So we are constantly working among the Mediterranean territory, the Sardinian territory and finally with the local territory. This happens at this stage through a constant dialogue of the open air gallery and the museum.

Jumping back to the museum. What did you change there, in order to support such a large operation?

So the first move we did was to rearrange the museum. I first moved the permanent collection to the first floor and squeezed it as much as possible to leave the ground floor for residencies and studio spaced for artists.

And I created an archive showing the activities that are taking place at the open air gallery.

So this is already a link of the two?

How are you creating these entities? By just giving the space?

It is more, it is around the entire island, by using the museum as a catalyst.
Through the distance between the two spaces it is already a territorial operation. On top of that the first three artists that are on residency there, have turned the village in a very radical way. For example they occupied the houses of local residences, with the argumentation, that we are creating a new master plan of the village through our interventions.

So for example one artists has painted on the wall of a local house. This means in order to see the art, you do not have to go to the museum, you have to visit the private house. And in return the local person might be fortune to have an original artist work inside. We are always working with young, but promising and very talented artists. Parallel I am collaborating with established galleries, which help me to produce the works in the open air gallery.

So is it a hybrid situation?

Definitely! On the one hand side I work with the commercial gallery and on the other with the non commercial art production. Because you can not exclude the market - otherwise it just becomes this utopian and naive idea. On the other hand I am working with the authorities, as they are very desperate about the current situation. And thirdly I am stimulating the economy, as everything that is produced is produced on site.

Again we are operating on three levels. On a territorial along the entire Mediterranean coast line, second we are creating a new master plan by transforming the planning of the the village, the curatorial program and third through architecturally by working with the most derelict buildings.

What role does cultural production in form of direct education play? Are these fields of interest?

We have just started to think about other modes, like educational programs. For this I have started collaborating with Beyond Entropy, which is operating globally. I am working with each territory, by calling the Universities, who are sending groups of students there to work in the museum and village for at least a month. So for example last time we had a group of 30 students from Oxford, who transformed the entire Museum in a laboratory. It was the only place, that was lit for 24 hours in the entire village and they called it the “Discotheque”.

How is everything financed?

This is the biggest challenge for us right now. We are non top asking ourselves for how long the project will be able to survive, due to the financing. Right now me personally are sponsoring projects like the artists in residency. But the idea is by investing in the quality of the artists, it will create a chain reaction, that will attract more and more private sponsors. Because the project plays on the value of marginality - which is an opportunity.

Thank you very much.

Stefano Rabolli Pansera graduated from the Architectural Association with a thesis on Cinematic Architecture. Between 2005 and 2007 he worked at Herzog de Meuron for the dismissed mining area of Monteponi in Sardinia. In 2009 he founded Rabolli Pansera Ltd. Stefano has taught as a unit master at the Architectural Association from 2007 to 2011 and has lectured internationally. He was appointed Visiting Professor at the University of Cagliari in 2009 where his students built a public bookshop for the university. In 2012, Stefano has been appointed director of MACC, the Museum of Contemporary Art of Calasetta, Italy. 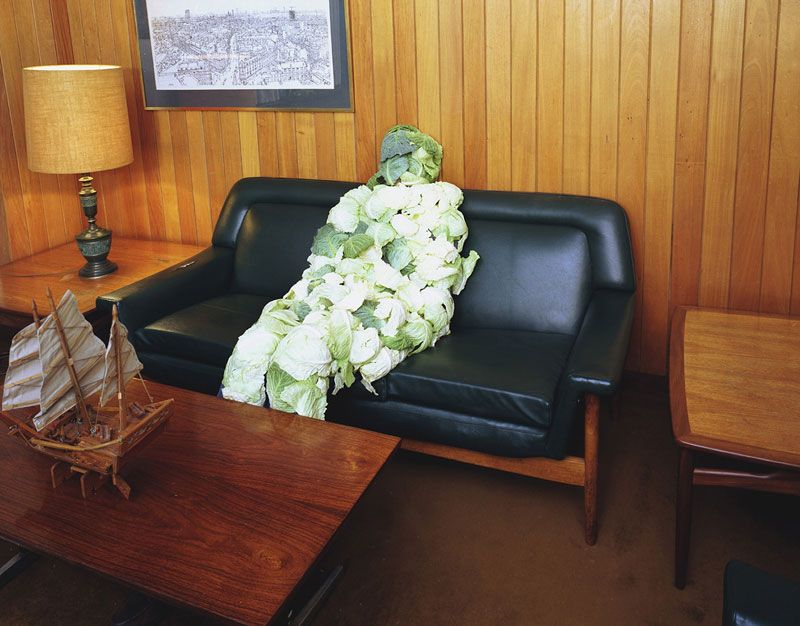 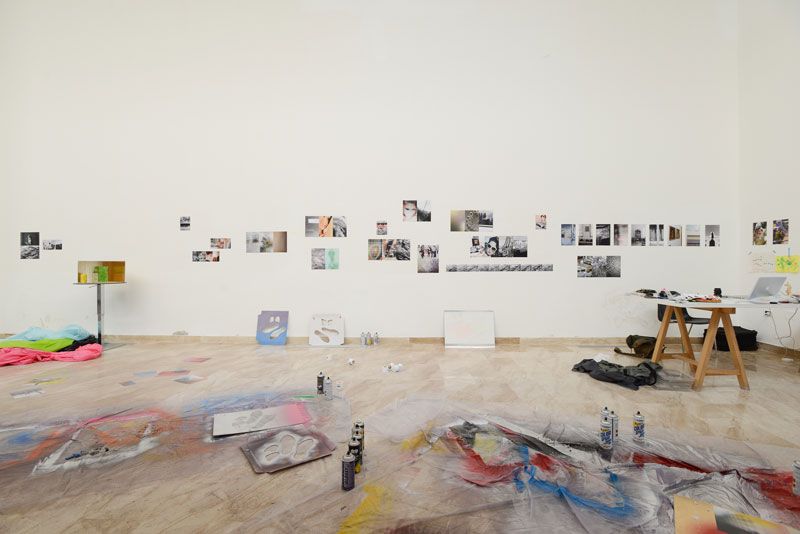 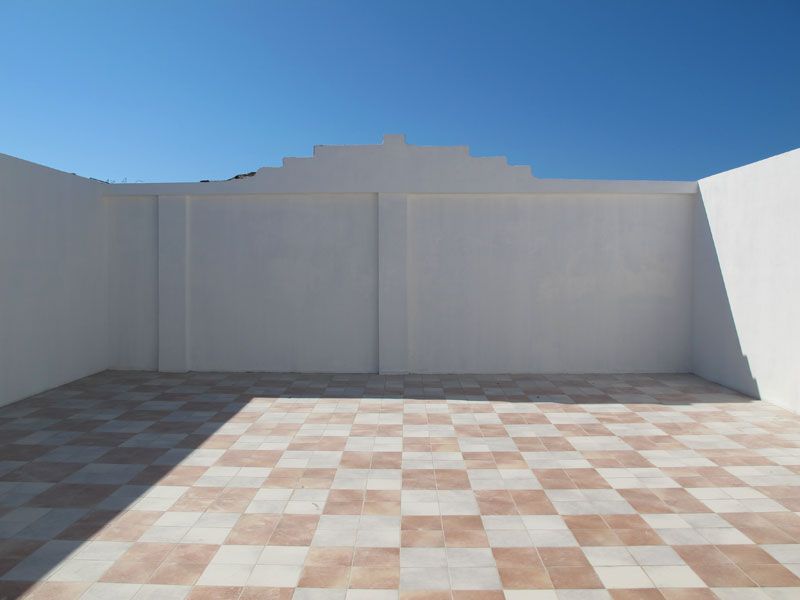 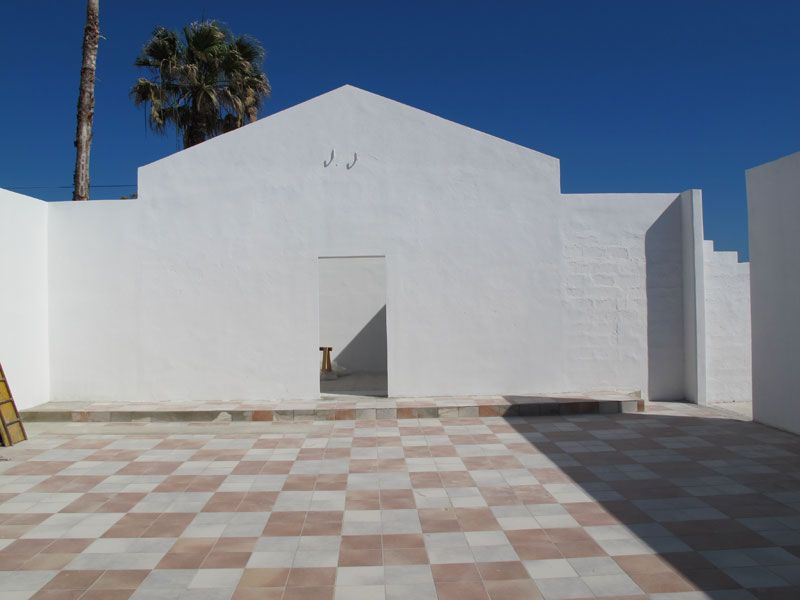 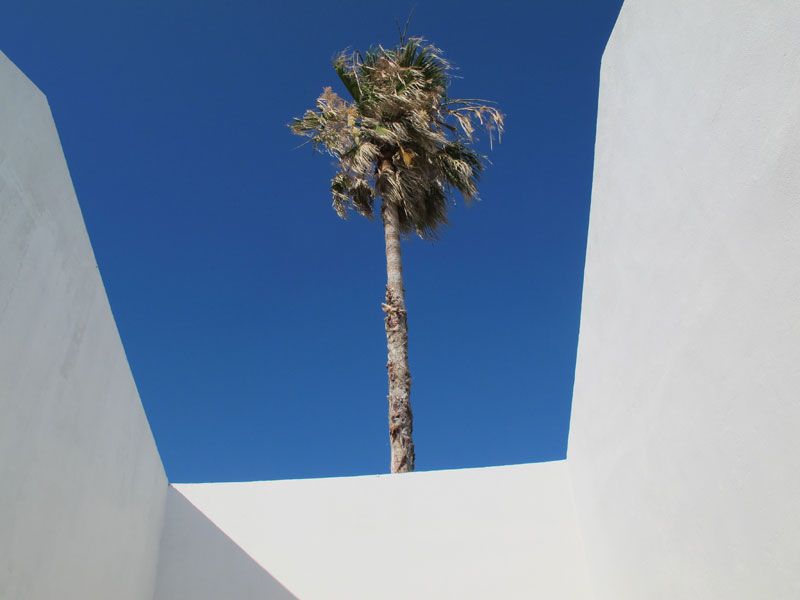