Could you tell us a bit about your practice, please?

My art projects deal with human behaviour and interaction patterns. I’m interested in exploring group dynamics and individual behaviour in a context I define. The specific contexts that I set up, seek to emphasize aspects of societal settings in such a way that behaviours are being accentuated and radicalized. For doing so, volunteers are gathered in a chosen setting, where they act and react, within prescribed guidelines. Those situations that I create generate images that are the content of my works.

You are recognized mainly as a video artist – however, all of your works evolve out of performances where you, as the artist take a step-back in and become an observer just like the audience in the end. How would you categorize your work?

In my practice, the decision-making happens before and after an event or a “performance” happens. Before, I set up the parameters of the situation; I choose the participants, a location and give instructions to the participants. Then something happens and I’m the first audience to witness the result. And then from that point I do a lot of editing, deciding how I want to eventually show this material.

One widely discussed tendency in contemporary art history is the term of relational aesthetics as originally introduced by Nicholas Bourriaud in the 90s. It describes the tendency to make art based on, or inspired by human relations and their social context. Your works tend to involve anonymous everyday people and your interest lies in the analysis of human behaviour and their interaction. Where does this interest stem from?

I’m not a big fan of Bourriaud’s relational aesthetics theory because it sort of claims in a sense that art can save people from social misery in a world where everybody stopped interacting. I’m very interested to explore human relations exploring dissensus and antagonism and that seems to be ignored in Bourriaud’s text. I remember when I was in art school doing a one week workshop with Rirkrit Tiravanija, I lost interest when he explained how his works were facilitating “high moments” for the participants as opposed to “not that high moments” that they have in daily life.

A common critique of this notion is that of becoming a voyeur rather than merely an observer and thereby almost showcasing the people involved. It is a fine line, especially when highlighting critical social imbalances like you do in some of your works. What is your opinion on this and how do you keep the balance? Do you try to keep a balance?

In my practice when I have and idea, I try not to stop doing something because of an alleged political incorrectness. No I don’t necessarily try to keep a balance as I think it would compromise my work. I don’t want to hide critical social imbalances because it is there anyway and I think it is important to address this specific issue.

The work Meadowlands Zone 1 is set in a Soweto township in South Africa. A storyline is established in which young men are induced by the offer of a cash prize to participate in a competition to find the youth best able to express his anger and demands in a 20-second take to be filmed against the townships hostels. What role does the reward play? How do you evaluate money as an incentive?

In Meadowlands Zone 1 money plays a very important role because everything evolves around it. Using money was a strategy that boosted the way the participants behaved in the video.

You leave a certain amount of freedom to the performers to act, yet after providing some guidelines and defining the context. Thereby you arguably lead them in a certain direction, rather than for instance just providing a topic or theme. Do you often have a certain outcome in mind and are therefore sometimes disappointed if it goes in a different direction? How do you deal with such a situation?

When making a project, I do have a specific outcome in mind. But it is not a question of the actual content but rather a question of having tension in it. In order to accept the outcome, make it function and validate it as one of my artworks it has to have this tension in it.

How do you choose the different contexts? Are they site-specific?

The choice of the location is made quite spontaneously based on the randomness of life. Then the different parameters of the situations I set up are always site-specific.

What does a typical production process look like? How do you go about finding participants?

For each project I adopt a different strategy. For example for Meadowlands Zone 1 it was a long process. I had a contact working in an ONG in Soweto that told me that a local soccer team was looking for a coach. I took the job and was coaching the kids every afternoon and then little by little and week after week I was trying to be part of the community. For this project I knew that the choosing of the main character of the video was a crucial decision. Then the minute I met Dre (the person I chose for the role), I knew he was the right guy for the project and when I told him about it he was super motivated. Then from that point the project was made in one day.

On the other hand for Purlieus Tales when I went to the Paris suburbs in Clichy-Sous-Bois, I made the entire project in less than two days. I was simply approaching strangers in the street and was asking them if I could interview them.

For your most recent work, showing at Salon Kennedy, Frankfurt you casted a group of six people, equipped them each with a Polaroid Camera, left them in a room and asked them to capture the most “sensational moment.” What did you expect from this project and did the outcome meet your expectations?

It was really interesting process because when I first saw the resulting pictures my first impression was that they were rather flat and boring. So from that point I had two options; either I could make another performance happen or find a way to present it that would put tension in the work. After spending some time with the pictures I realised how much intimacy they were showing and how the participants revealed their personality through the process. So I decided to ask a psychologist to write psychological reports about each participant based on the pictures and to display them with the pictures in the exhibition.

In this work as well as in previous works, you aim at exploring group dynamics and individual responses to a given set-up, testing out people’s boundaries, how far they are willing to go as well as how far the game can go. What are experiences you have made so far and what are you planning to do with all the information you collect?

So far each performance ended up being a specific artwork. With all this material I gathered I don’t try to understand something or to be able formulate a thesis. It is more a fascination of creating images by giving an impulse and see what answers I get.

Among other projects, I’m currently working for a solo show curated by George Vasey at the Northern Gallery for Contemporary Art. And I have a residency planned in Lima at El Galpon Espacio. Also I’m working on an artist book to be released by Miami Books, a publishing house based in Geneva. 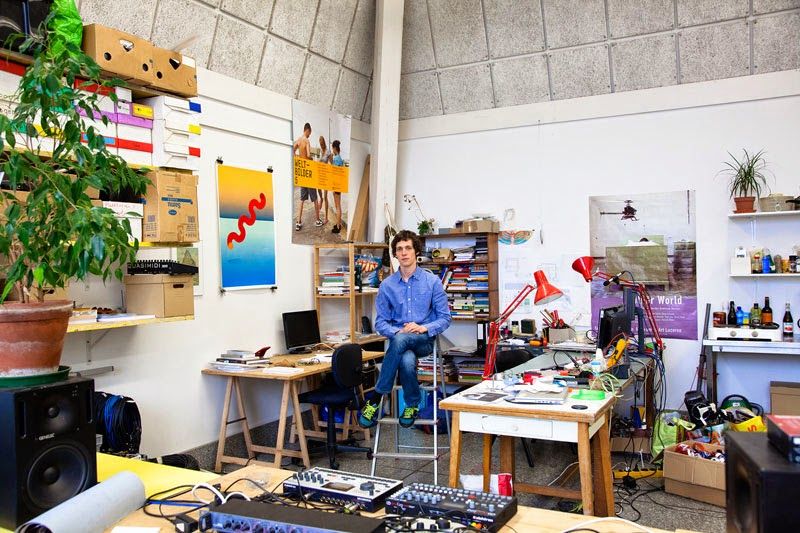 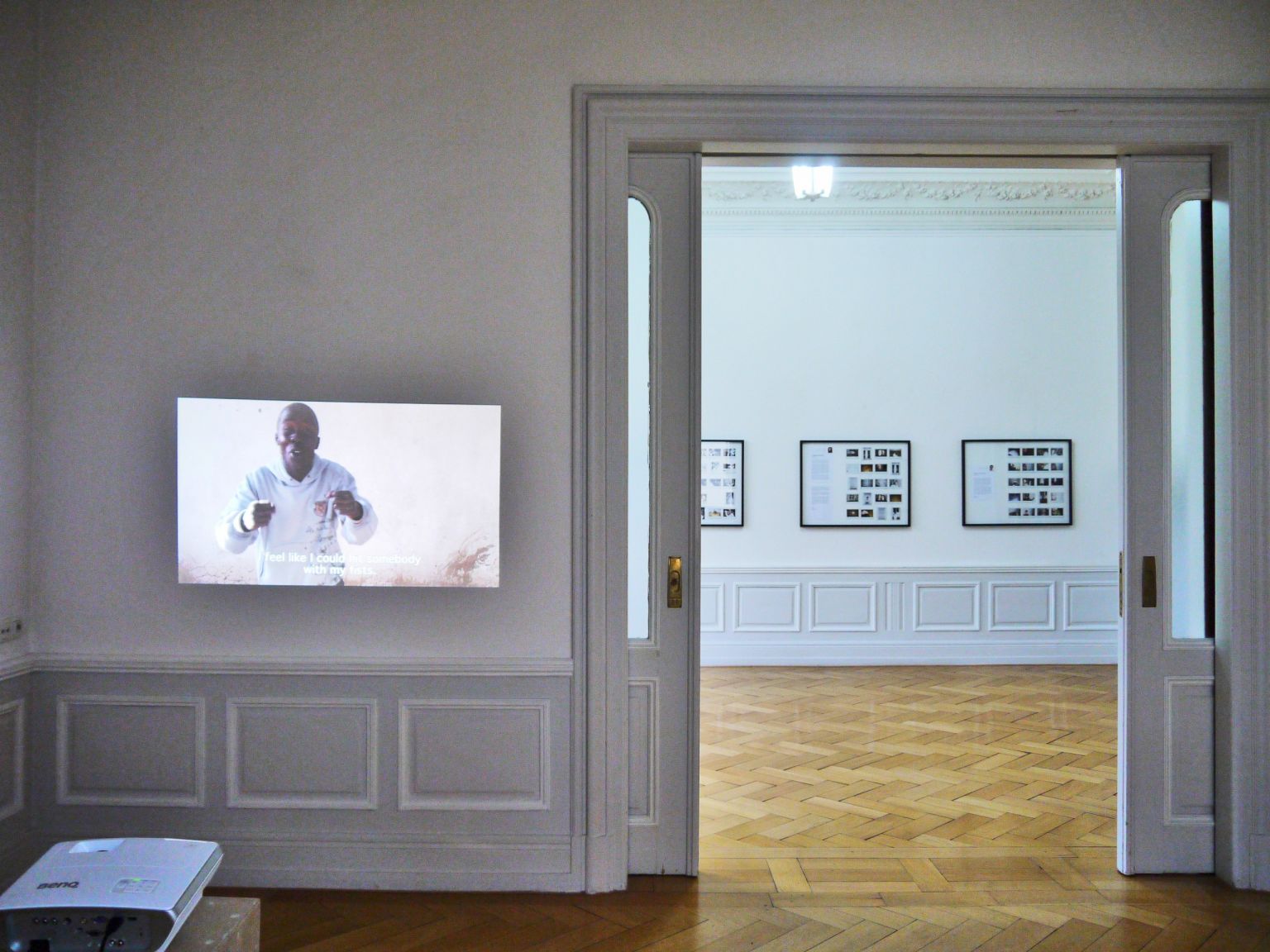 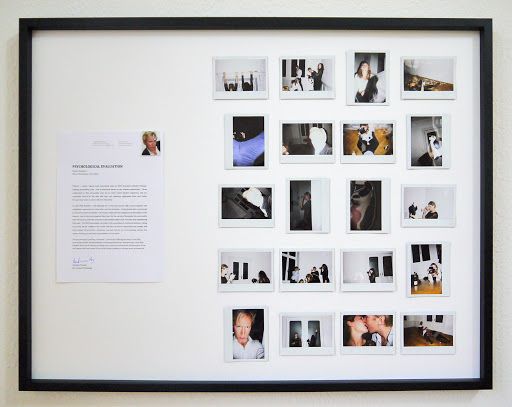 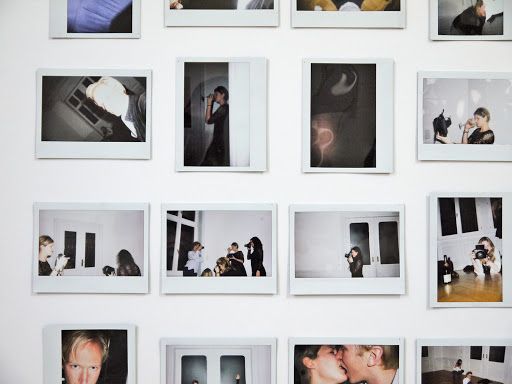 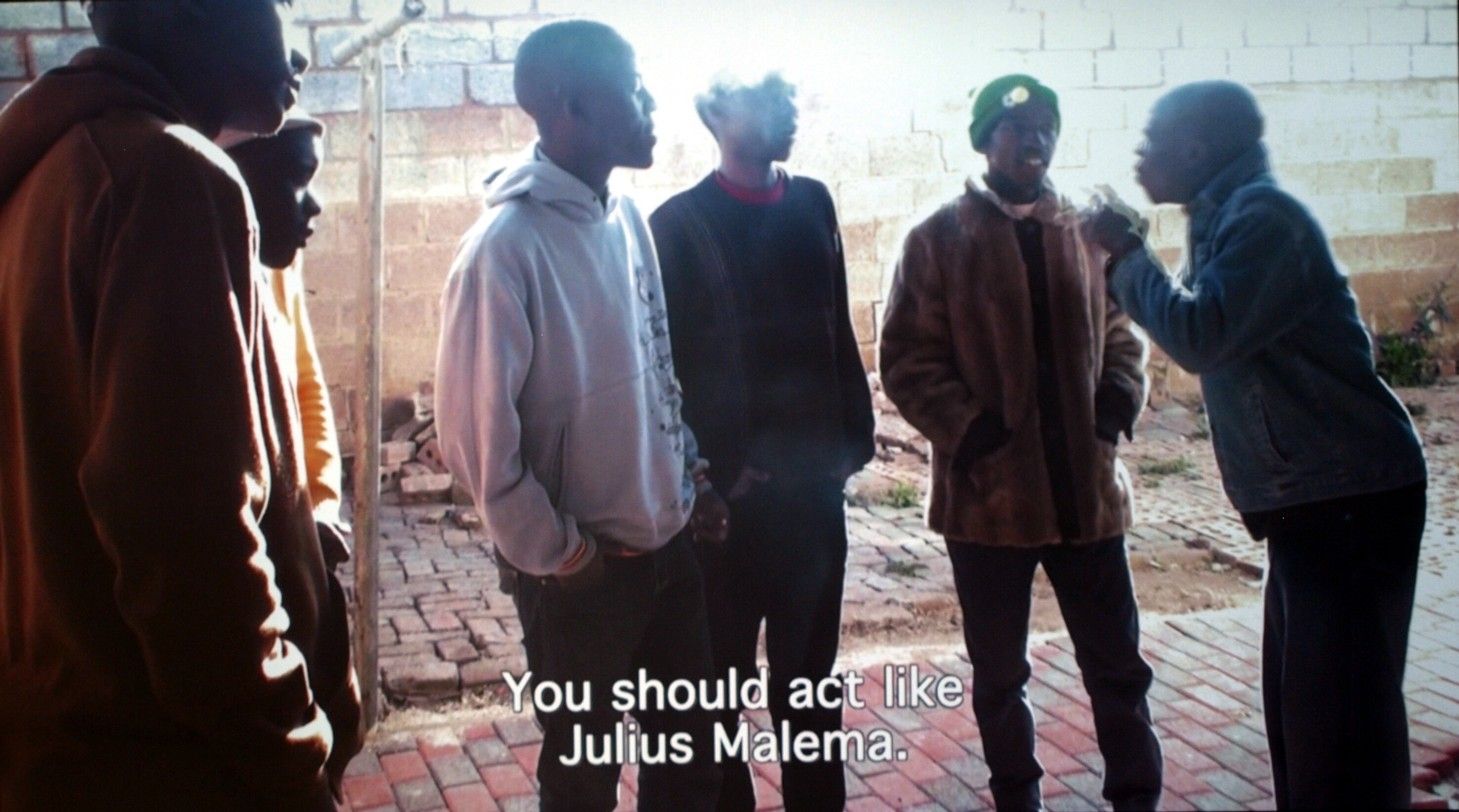 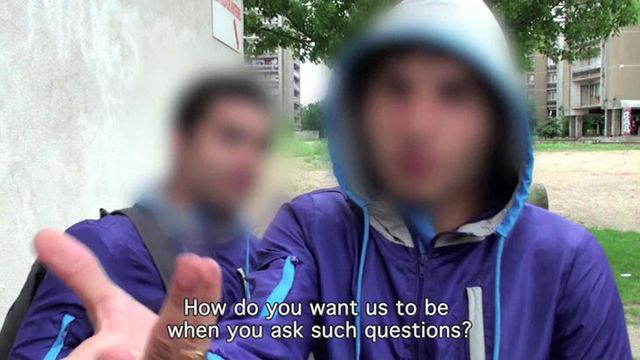 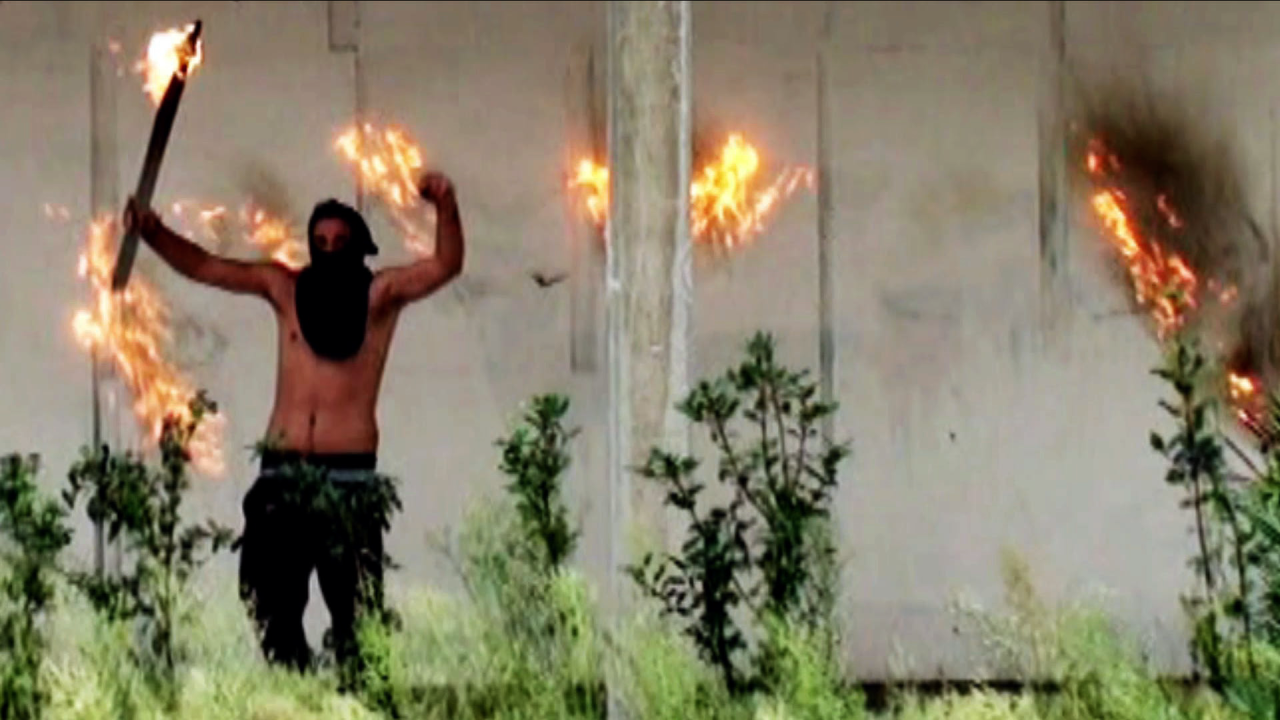 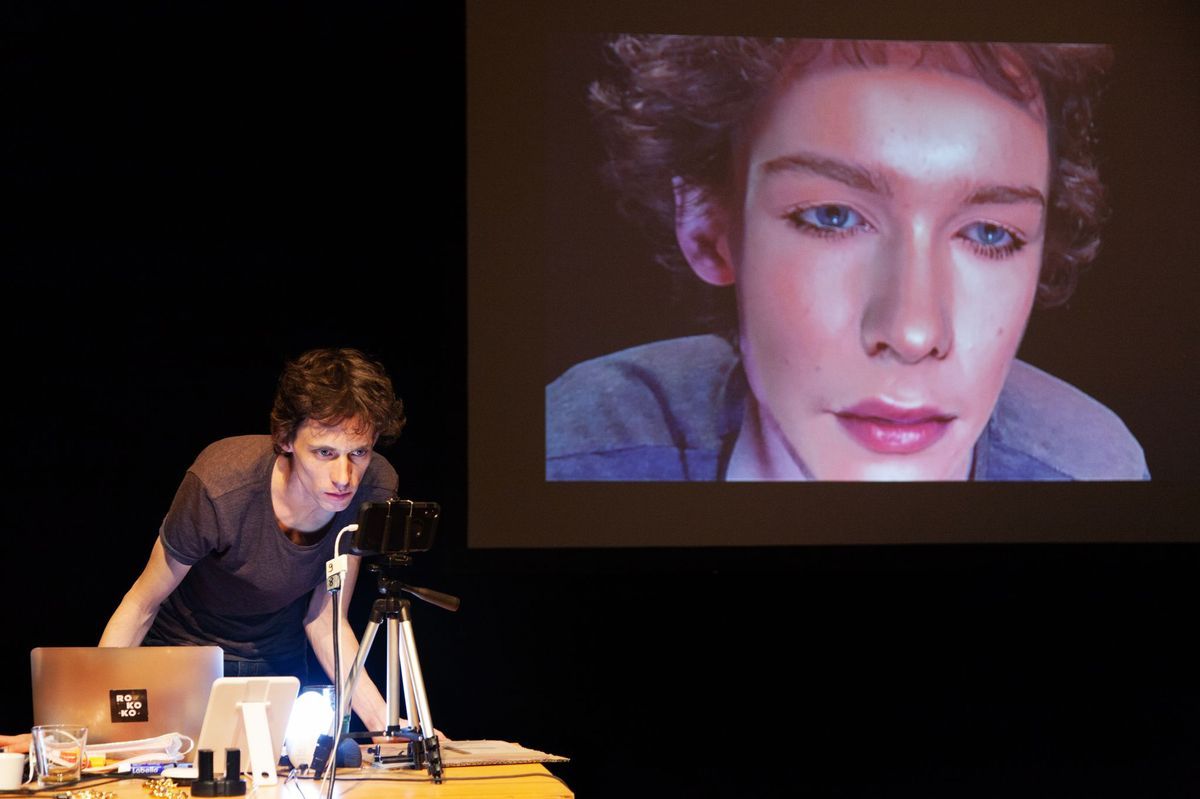