Hi Sarah, could you tell us a little about your practice?

In my work I make pieces that mainly star myself in many guises and in a variety of media. These are often humorous! (well they try to be!) I discuss topics such as feminism, the art world, media and people.

One could not define your medium, you paint, use photography, sculpture, performance, video, neon etc.. How important is the conceptual side of your work?

The conceptual side is the most important part of my work, without that I wouldn’t make it in the first place. I just don’t have the desire to make it. I know to some this might be quite limiting but it’s just the way I work and always will. I don’t see the point otherwise.

You are working around themes of religion and feminism, both are vital parts in your own life. Is this also a reason, that you are yourself the protagonist in nearly all of your works?

As the works come from me and are so personal to me, it has always felt natural to use myself in the work. Also to me the main message is portrayed in the face and the look in the eye. Without that, nothing in the picture works. It is hard to explain what this facial expression is to another person, it’s like trying to explain how to sum up a thousand ideas in the glint of an eye. I have always felt I am the best person to portray that. I also think that my emotions come across in my facial expression, it’s my personal connection with the viewer. And on another level its just so fun and I love it, especially pieces like the Disney Princesses, every time I look at them I remember how I had such a laugh making them. I will always have fond memories!

What is your definition of feminism?

For me it is gender equality. The battle is still not won. And this is not just about women and I feel that changes in society for  women in turn open opportunities for men to also have more fulfilling lives and relationships.

Would you describe yourself as a feminist?

Yes I would but I would like to broaden the idea of what this is.

Already with 22 years you were in the headlines, right after university, due to your first place at the new sensation award by Charles Saatchi and followed by your first solo exhibition in London. How has this time influenced you?

I suppose it made me realise that my actions can cause repercussions (not necessarily a bad thing!). I suppose there was an untouched beauty in that early work because no one knew me, I had no expectations on me and it was so organic. Now I have that restriction and level of expectation and to an extent I fear how people will take things - although I have learnt you can never please everyone and if you did then you’d have your art on duvet sets in Debenhams. However, I think my work is more well thought out and conceptually sound. In my show in 2008, I didn’t have any control and I knew I didn’t believe in some of the pieces and I knew some were bad. Now I would never let that happen. I am more mature as an artist and a lot stronger, I know who I am, I know what I want to say and I know I can make a difference.

For more than 2 years you did not produce any new works or even exhibited any old ones. A breakdown at this age already?

Haha what 2 years was that? I have not had a rest yet and have always been showing. Which 2 years? Some times are quieter than others, I would say in terms of producing new work, this year has been my quietest. I have only made 2 pieces. But this was mainly because I had a big show at the beginning of the year and needed some time out to think about the next direction of my work and to prepare for my retrospective at Kunsthoonie in Estonia next year. I’m not sure what I would like to make next and I’m not the kind of person to churn something out for the sake of it, there’s no soul in that.

You were on a residency program in New York during that time and took part at Marina Abramovic performance “The artists is present” at MOMA, New York. How influential is Abramovic as an artist and the experience itself for your career?

Abramovic is massively influential. She puts her everything into her work which I love and respect. It was so incredible to take part in the performance, I was very lucky, I only had a four hour wait which is hardly anything compared to some people who camped over night. I saw the film that was made about it a month or so ago and it made me read up on more about her as an artist. I find it fascinating how the show at MoMa connected with so many people, how it made them FEEL something. This is what art should be about. I think it will be hugely influential on the next body of work I make, even if indirectly.

From then on you have exhibited your previous work in solo shows in Munich, Paris and Amsterdam again. Your new body “Its a Girl” had its premier in London this year and will travel to the Kunsthoonie Museum in Tallinn.
You have been compared by the Independent on Sunday as “Meet the heir to Tracey Emin’s throne… The best of the new young British artists” An honor or rather a burden?

It’s definitely an honour. I don’t think that anyone is comparing me to Tracey in terms of the art we make, which is very different. I saw it more as the next upcoming artist, which is of course very flattering. Funny how they don’t say ‘the next Damien Hirst’. I never get compared to a man! I don’t get such an honour as that…;)

How do you perceive feminism in contemporary art today? What are in your opinion the differences to your predecessors such as Tracy Emin, Cindy Sherman or Sarah Lucas?

I think there’s a lot of new exciting feminist art mixed with some terrible stuff, haha! I would say in general there seems to be a lot more positivity around feminism these days, which I think is largely due to the accessibility of interesting articles and information flying around on the social nets. Also with people like Caitlin Moran and Lady Gaga bringing it into more mainstream culture and in a way that’s accessible for young people. I think all these things feed into each other. I get lots of young people writing to me and sending me their works based on feminist ideas which is so great to see. I think we may have lost a bit of the punk element in art, I would like to see work that is a bit more ballsy, like Sarah Lucas was/is.

You have also been involved in feminist discussions outside of your immediate art production. How are you describing your active voice at conferences such as “Women Inc’festival” in Amsterdam last year or the panel discussion for Amnesty International “Who are you to speak?” in 2010?

I’m not sure what this question means!

I’ve got the London Art Fair and my retrospective at Kunsthoonie coming up which I’m so excited about. It feels odd to call it that as I am 27 but it’s exciting all the same. After that I am in talks over a few things but not 100% set in stone as yet. It’s going to be a hectic year! I don’t see myself settling down to really concentrate on a new body of work for at least 6-12 months. 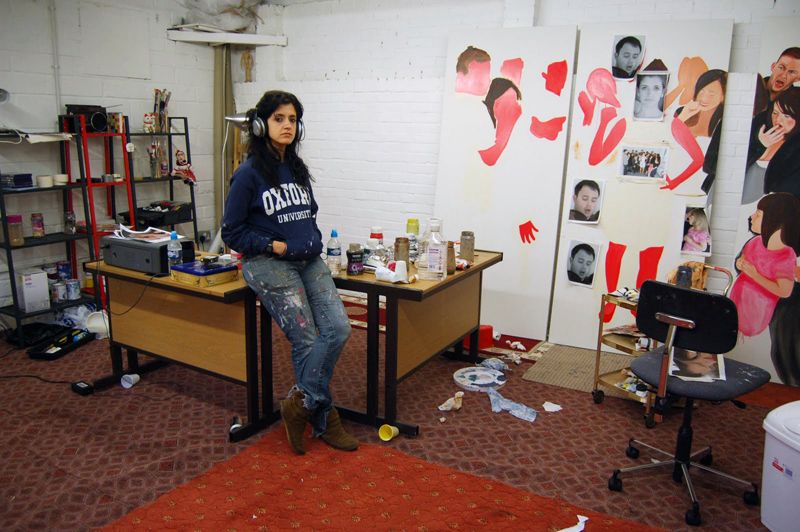 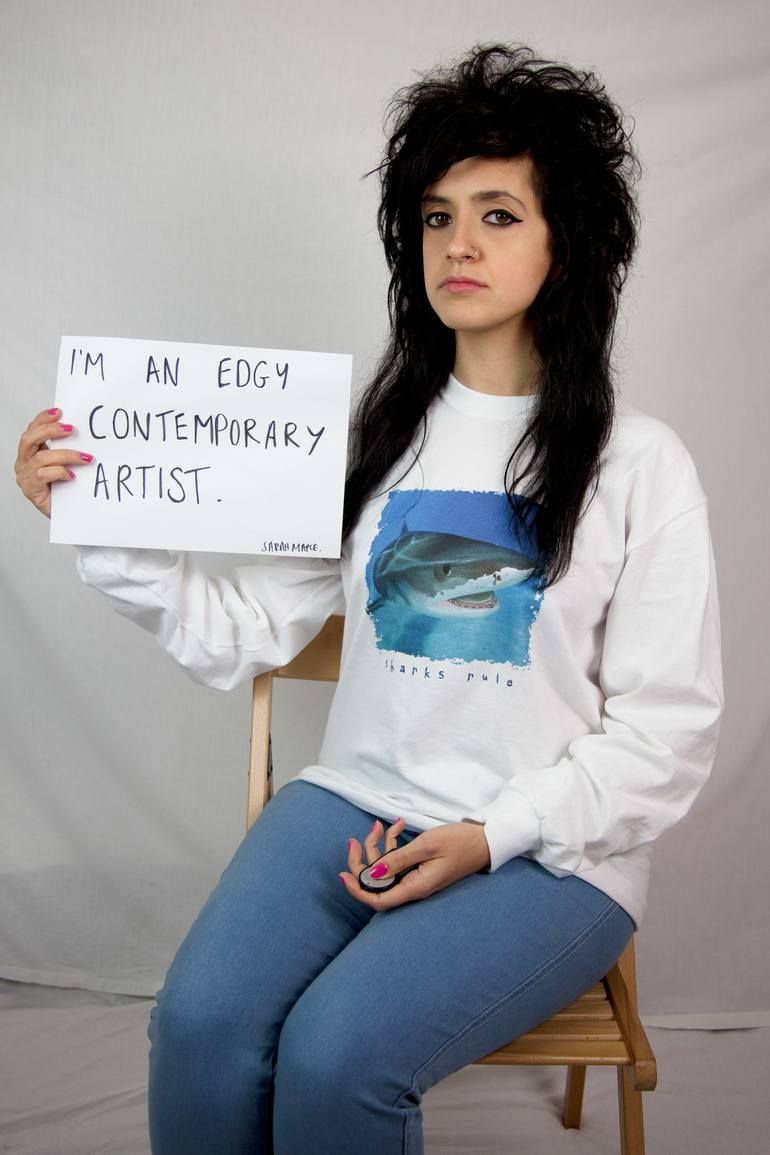 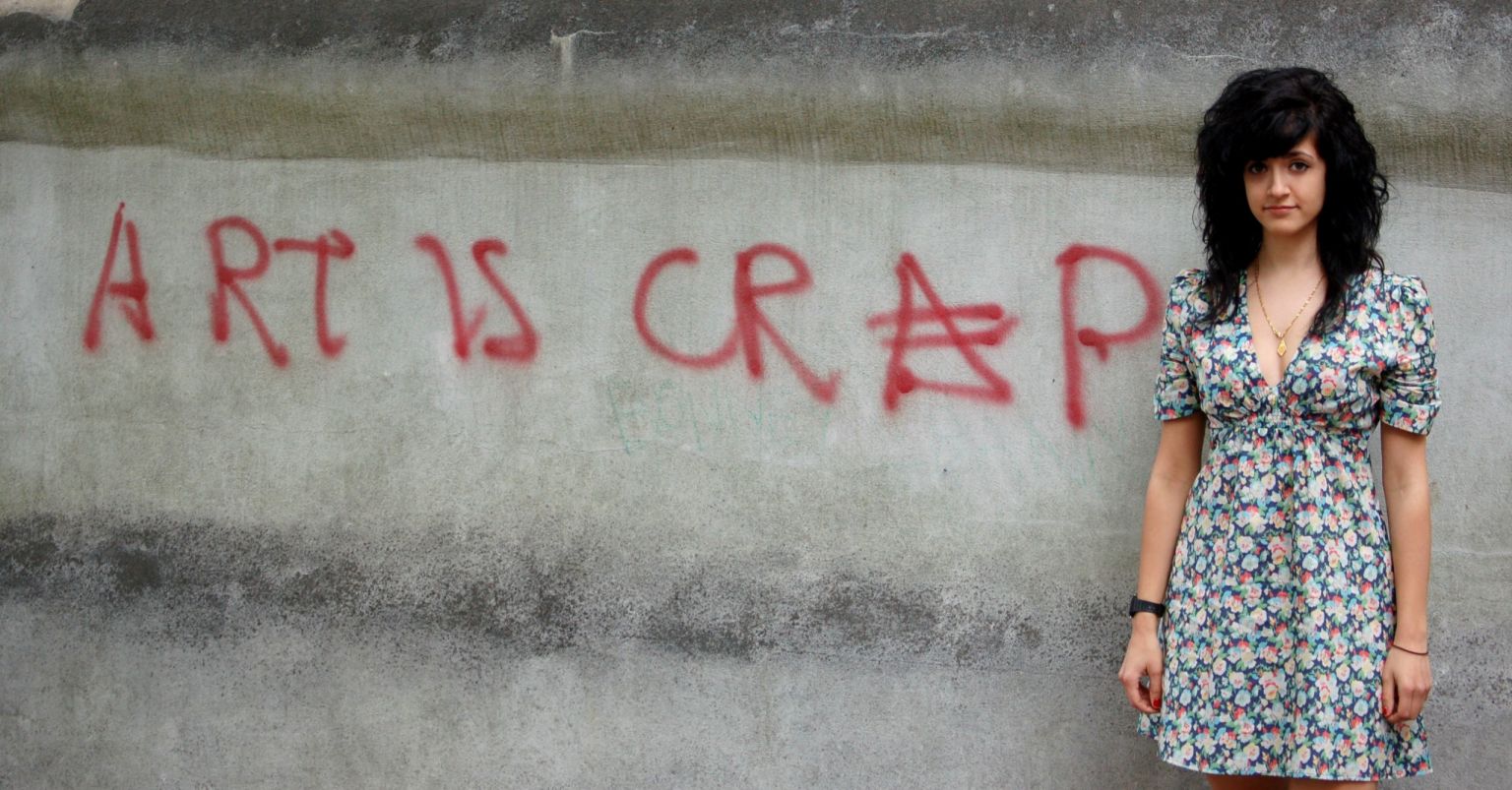 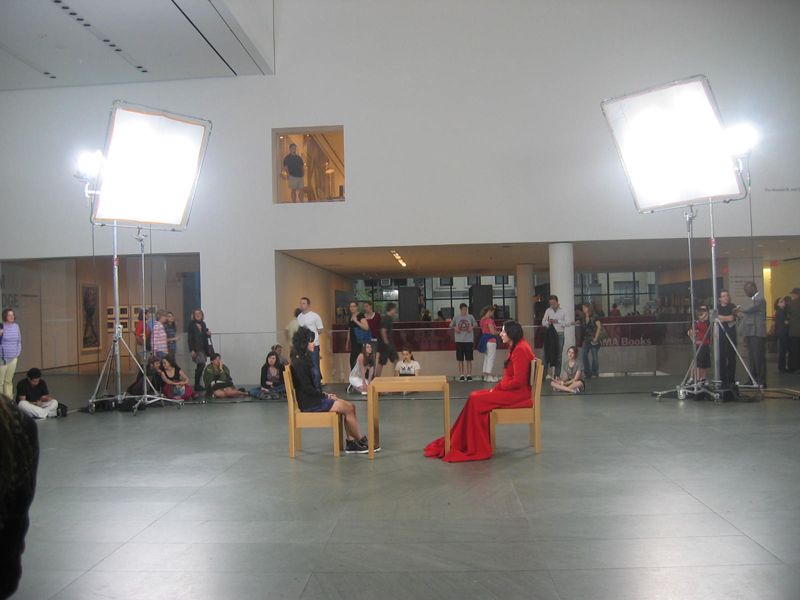 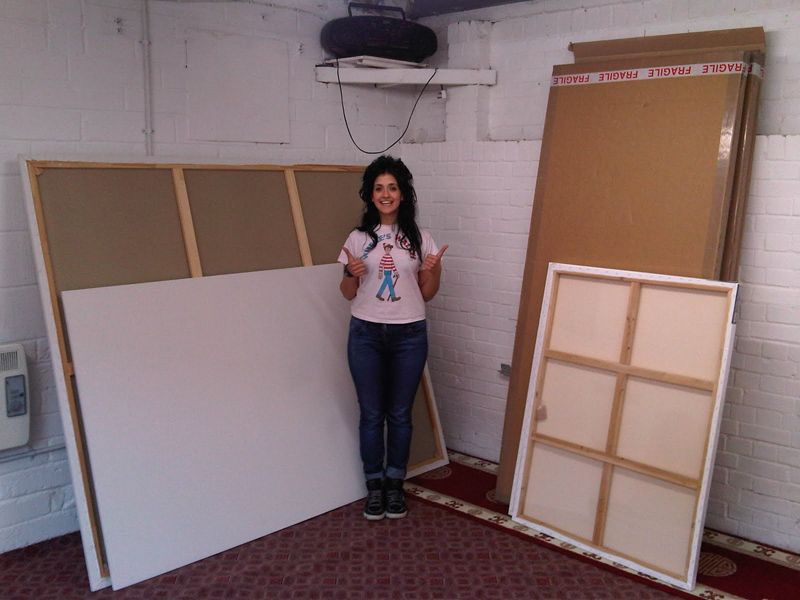 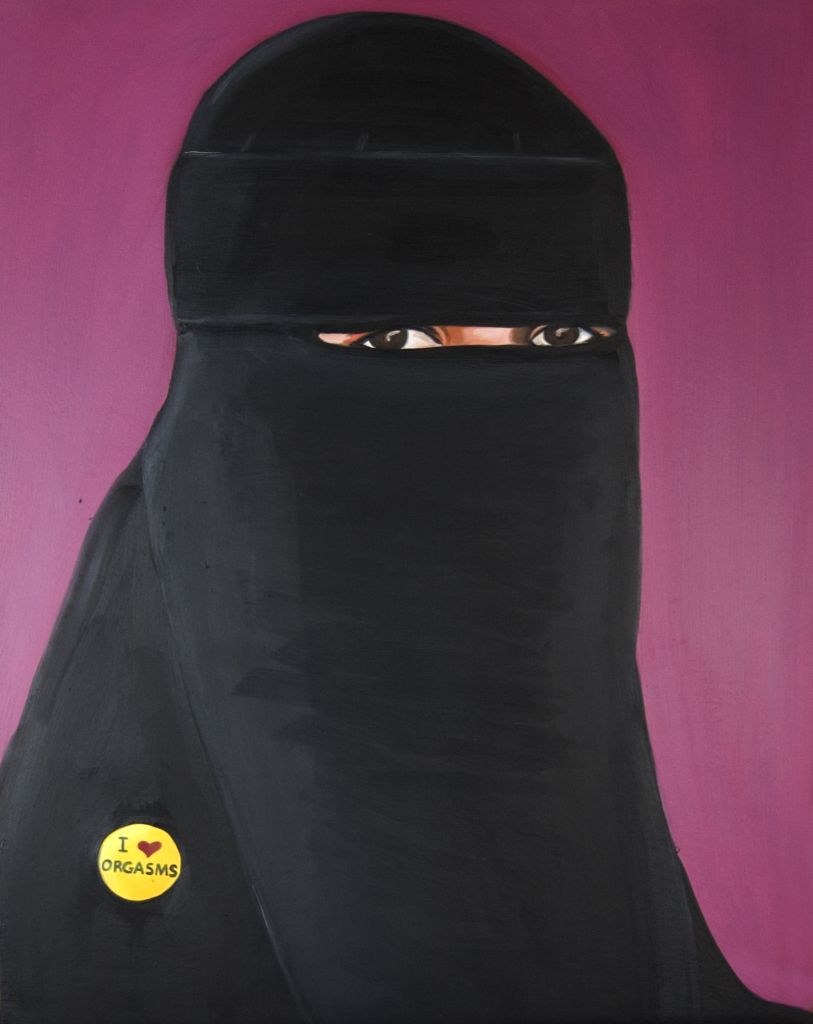 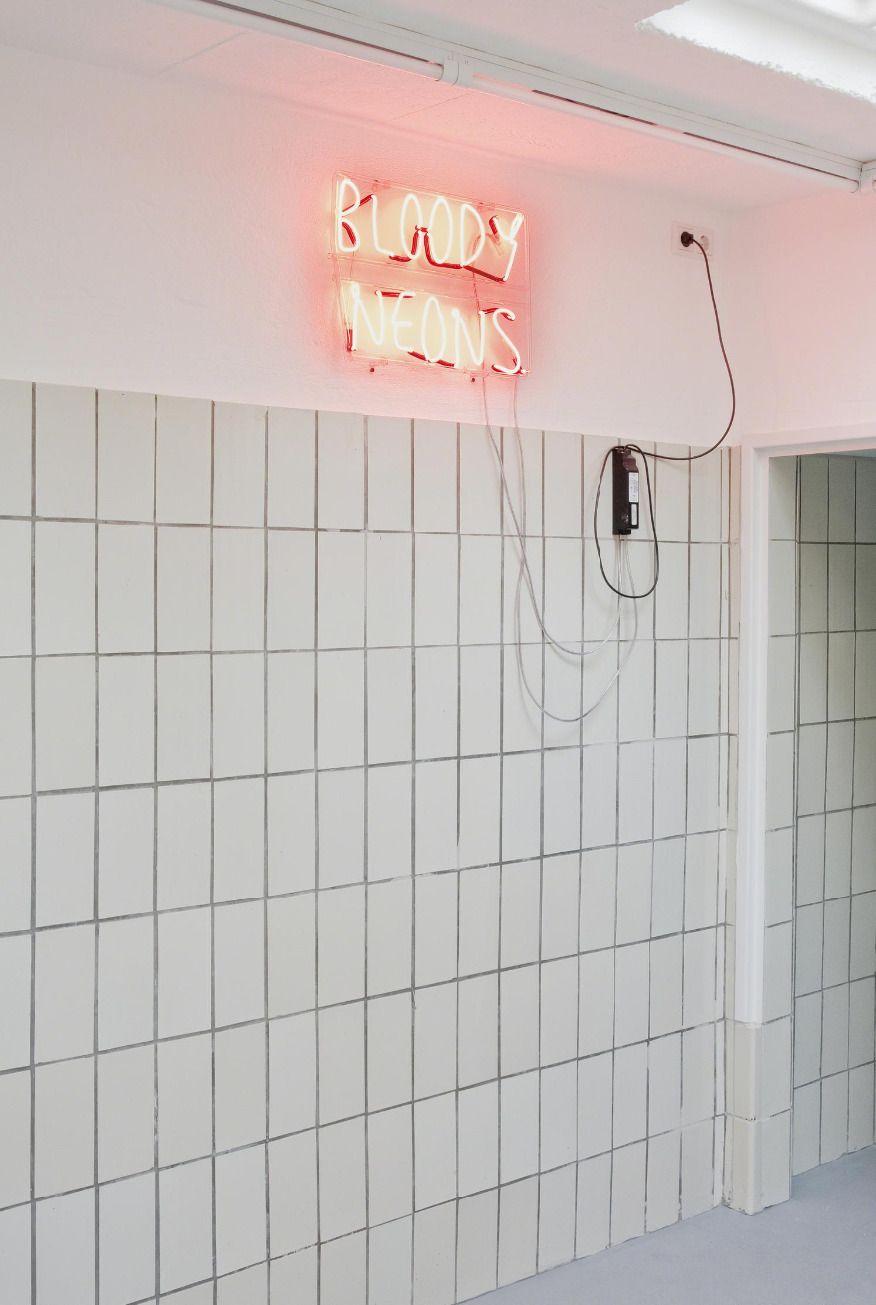 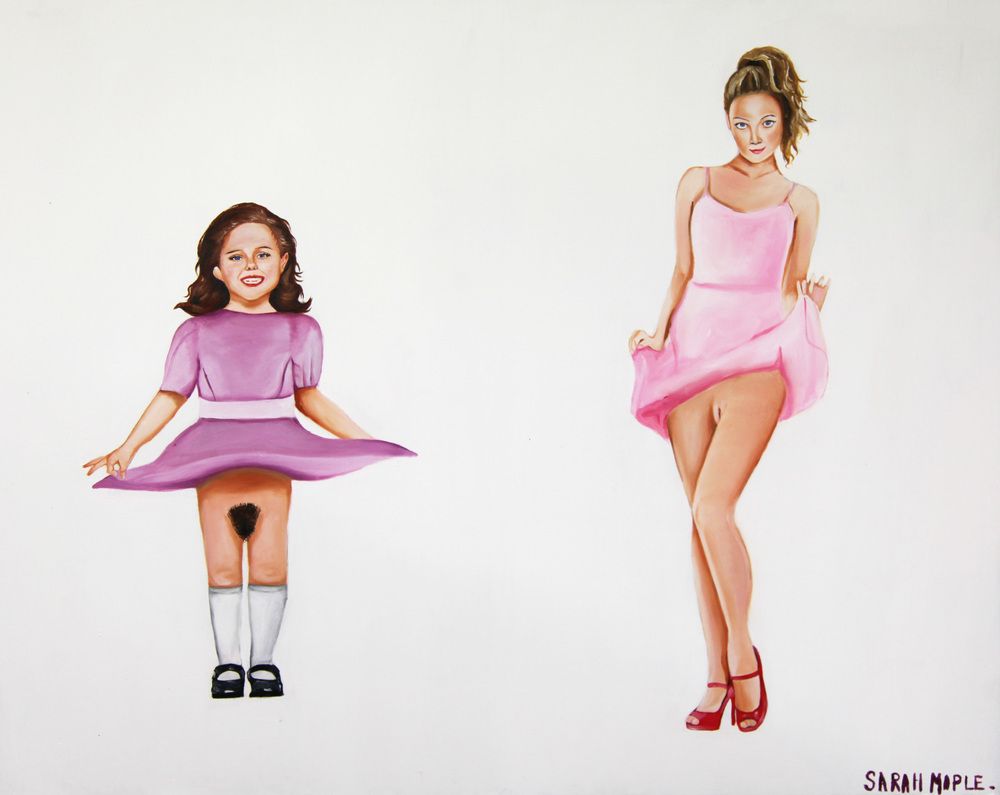