Rather than talking about your general practice we will focus on one, currently a main project of yours: “Aditnálta, an island dispersed across the Internet”. Yet, before we go into depth could you please outline your background?

I’m an Australian born Chinese architect, techie and musician. I attended my undergraduate studies at Melbourne University and continued them at the Architectural Association in London.

Aditnálta has not only developed into the so to call design process of an architect, but further you created its site, program, and life around the “architectural space”. Would you describe yourself as the architect or rather a sociologist or storyteller?

All of the above. I think a new age of architects need to emerge from a different set of skill-sets. We are now entering a digital age where the virtual and physical are not mutual exclusive but slowly becoming one. We need to start grabbing hold of these opportunity and start bridging the gap between these changes in culture and technology.

Aditnálta is being described on Wikipedia, images can be found on Panoramio or Google. There are Documentaries on youtube and reports from third persons around the Internet. From what point on has the island / your project developed a life on its own?

It started to develop a life of its own when it began to get traction on the wikipedia community and people around the world started adding to it, deleting parts of it and editing Aditnálta. Google Earth accepted it as a place and people started to click on the photos on panoramio, watch the clips on youtube and started to comment on this place as if it was real.

Seen from Google Earth, Aditnálta is an anonymous island of the east coast of Mexico. How did you find it?

Well as part of our trajectory this year we headed into Central America and as I scoured Google Earth/Maps (as most of us do before we travel somewhere) I discovered an archipelago. This set of islands had the name isle cerro prieto although they were not named individually, thus Aditnálta was born.

As the worlds richest source of Otinif, it is a landscape being consumed by our hunger for technology. How did this program develop?

Otinif (finito backwards) draws relationship to our reliance on minerals. The program developed through the resource trails that our modern day tech objects leave. These electronics generate landscapes and places like Aditnálta. An ecstatic truth, the program is based on real areas with conflict minerals such as Serra Pelada, the Congo and the Amazon.

Together, Aditnálta becomes an outsourced landscape, embedded in all the pieces of technology we carry in our pockets. Can your project be seen as a critique towards global manufacturing processes and technology obsessed exploitation, or do you understand it purely as an architectural, online speculation?

Both. I think there is a multi-leveled understanding to my project and can be taken in many aspects. One can read it as a critique to our reliance on technology, two; a warning that built architectural projects shouldn’t be solely designed on basis of these fictional means, three; opportunities for designers to not restrict themselves to buildings and that the fictions they create can have traction to make thoughtprovoking change.

Where does the name Aditnálta come from, or what does it mean?

Throughout history there have been many fictional cities. Atlantis was created by the master storyteller Plato who made up this fictional underwater city as a cautionary tale for the politicians of Greece. Telling them that Atlantis was a rich and technologically advanced city but because it started getting greedy and waged war on it’s nearby neighbours. The divine lords punished them and sent them to the bottom of the ocean, this story was used warn the leaders of Athens at the time not to be greedy. As architects deal in the world of fictions Aditnálta is a modern day approach to Atlantis, rather than Plato being the storyteller, Google now is, which is Atlántida (the spanish translation) backwards.

Your concept constantly maneuvers between the real and the fictional. Further during the week we will discuss how you use the real to create fiction. Yet for now, could you elaborate on your own borderline between these two elements?

As architects deal in the world of fictions. For me the powerful ones are the ones that have traction in the real world or are responding to something in the present. An example of this would be 1984 by George Orwell, for me that is a good fiction as it was responding to the fears and doubts of the time in 1948. So in the same line of thought, Aditnálta responds to this worry and condition of conflict minerals that are pouring into our electronic devices today and the content melts into the context.

What is the technical hierarchy for a place like Aditnálta to be founded and dispersed across the Internet?

The technical approach was different for this project as I set my site on the internet, a place designed for the internet. So the constraints and conditions were around the policies of Google, Wikipedia, Youtube, Webcam Travel and Panoramio. The future of where place will be rather than the envelope of a traditional building or geographical location.

Is Aditnálta related to any of your personal views or visions or have you used a completely distant technical project driven approach?

Aditnálta expresses many things that we as architects can do in the modern day. We are able to create fictions with enough purpose to change thinking, the internet is a site for architects to use and the ability to use our skill sets to tell stories and make comments on todays social, cultural and political policies around the world.

Having graduated from the Architectural Association with Dip. Honors, does Aditnálta commence with this? Are you continuing to feed the project or is it completely left to a life of its own?

For now I want to see how long the life of Aditnálta has on it’s own and see it’s life live through the internet. I think the project is out of my control now. Maybe it will be harder to delete than it was to make.

You relocated back to your home country Australia where you opened your own studio. What’s next?

For now I am focusing on digital fabrication and setting up a distribution center in Melbourne, Australia along side of creating a think tank that generates self-governed projects that sell fictions as a commodity. Starting my own studio in Melbourne gives me the freedom and ability to do all this in parallel. 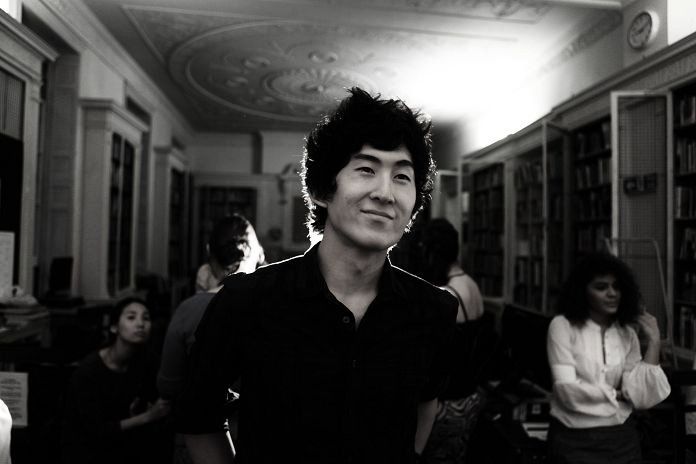 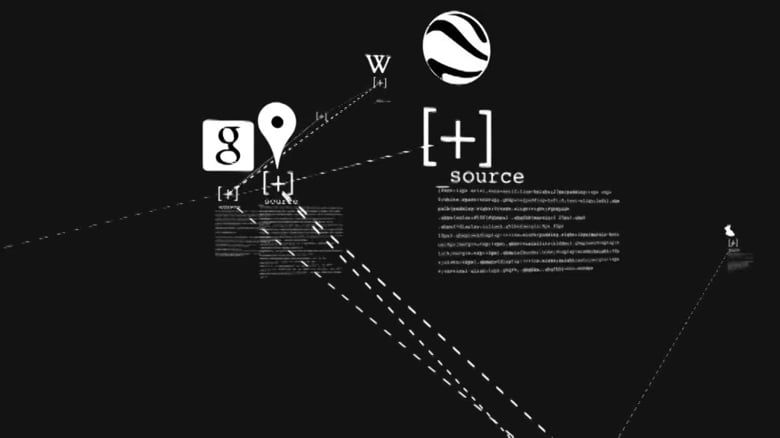 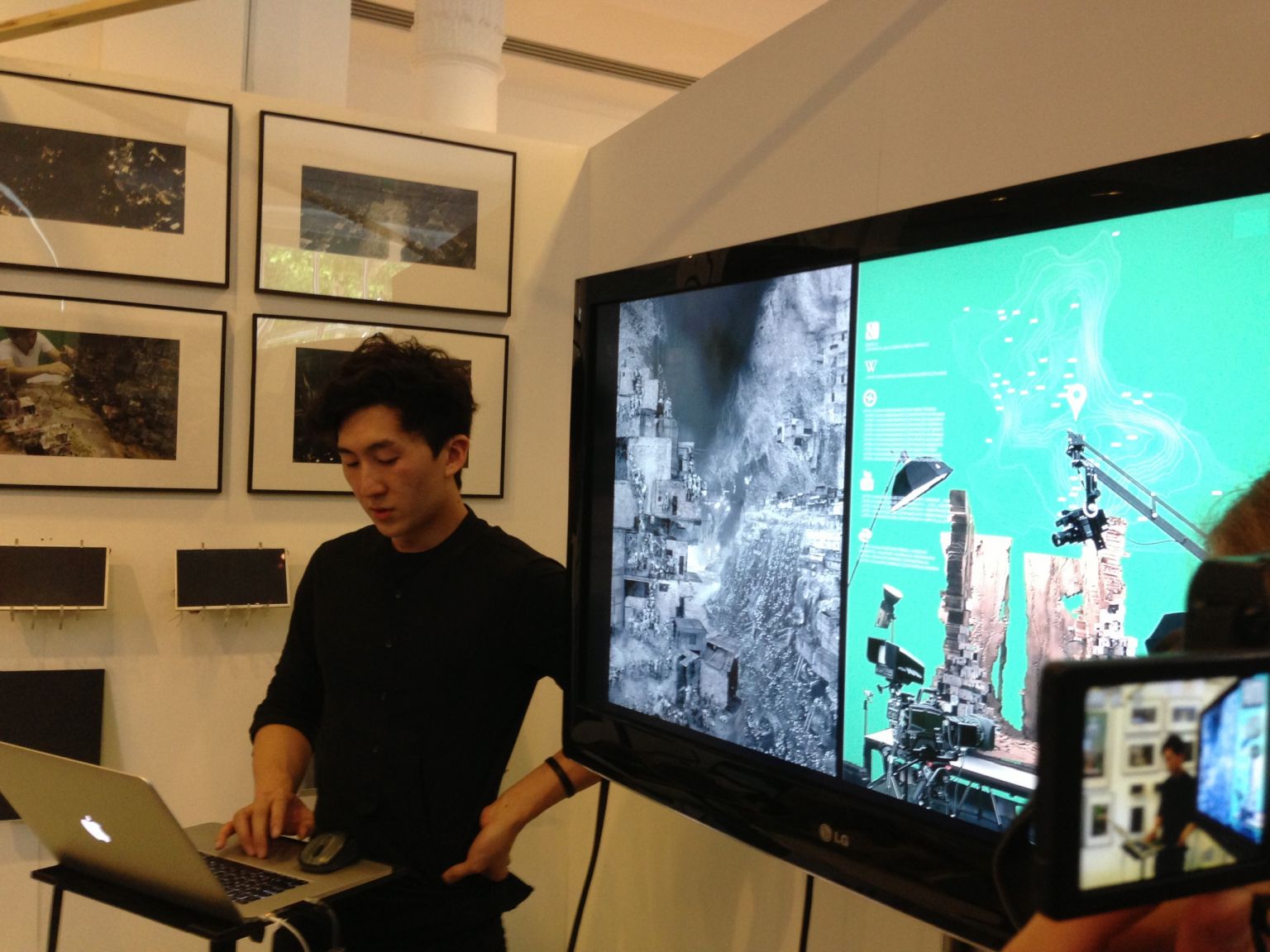 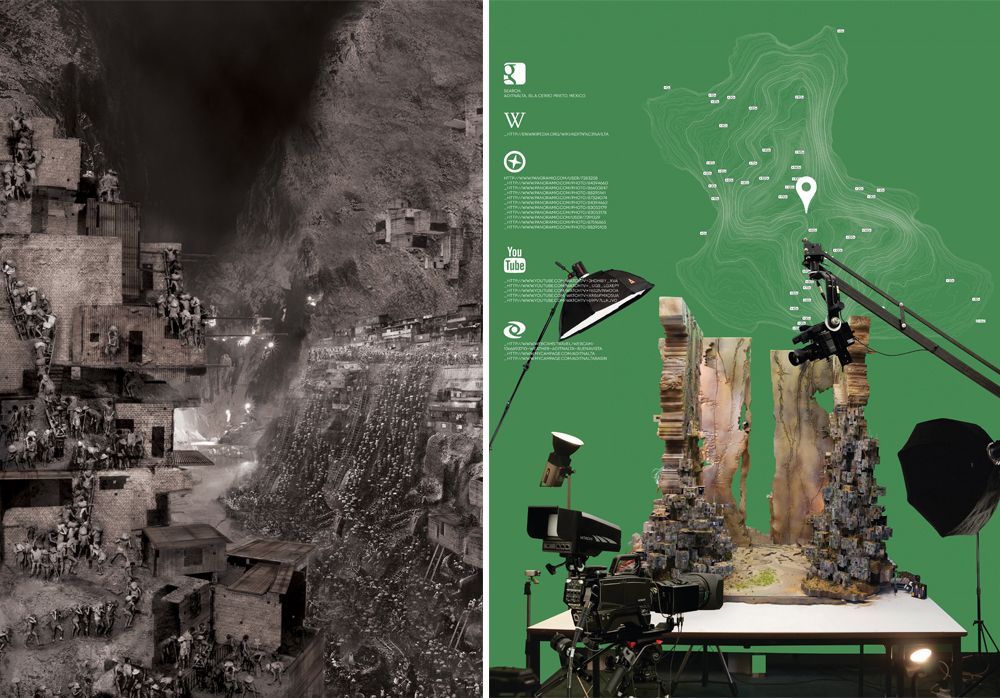 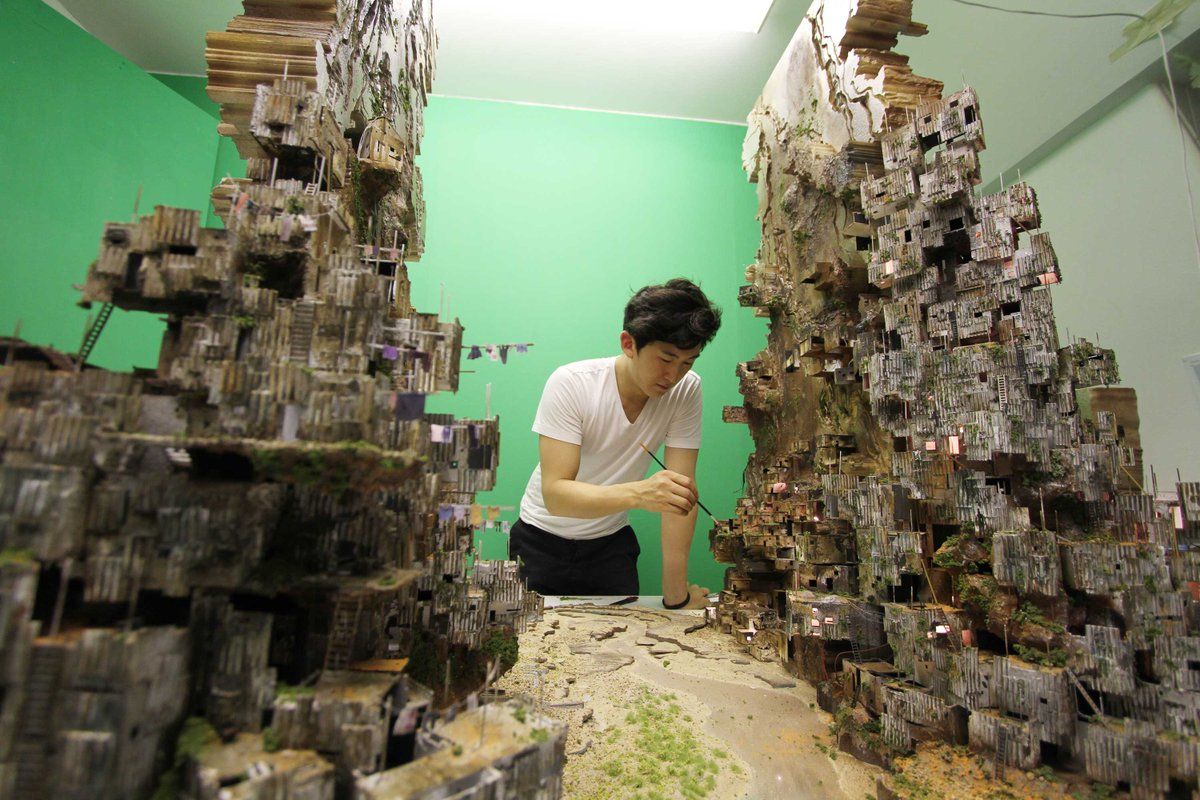 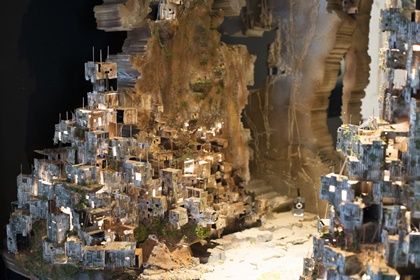 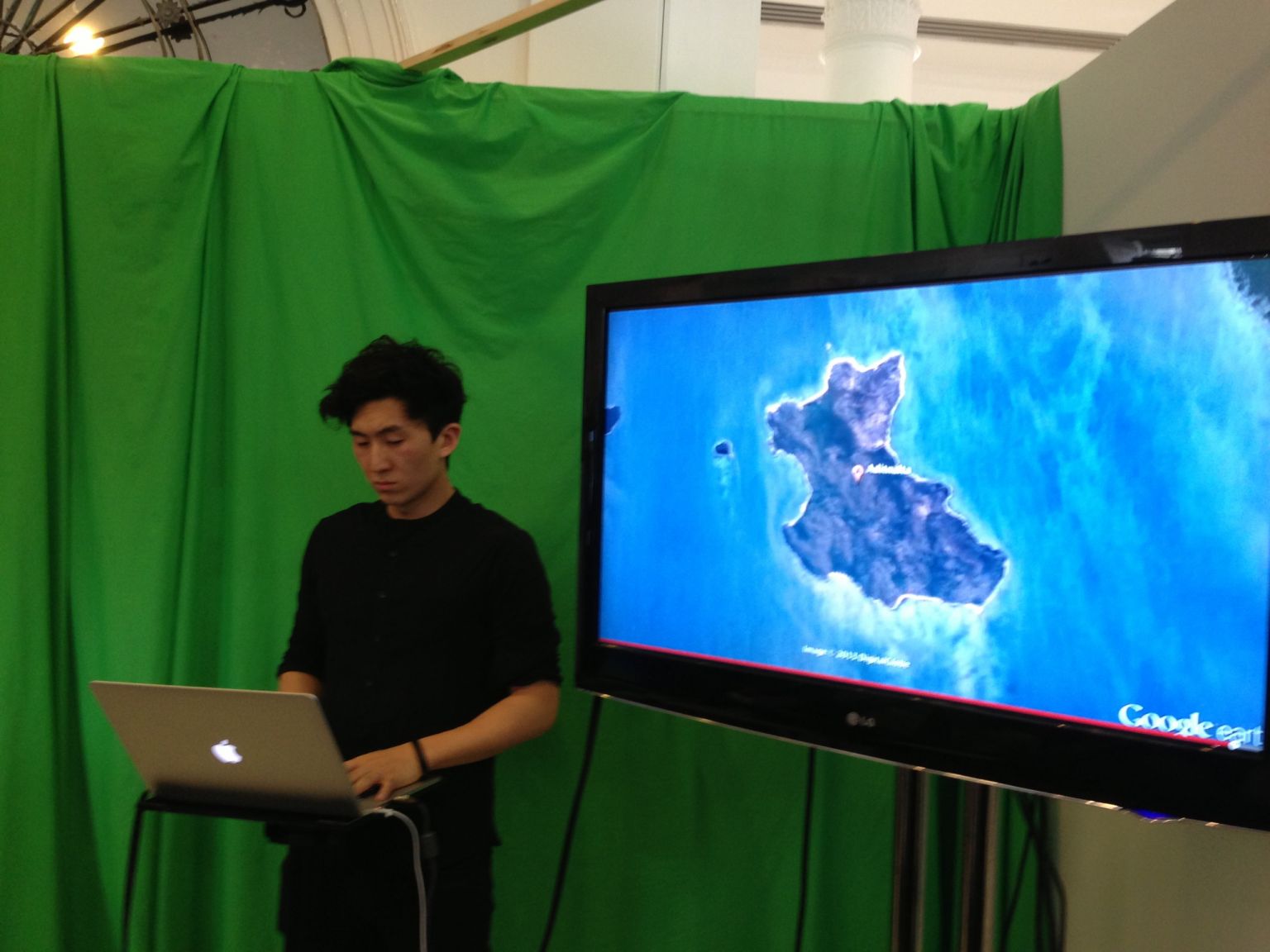