To begin with, could you please tell us a little bit about your practice.

My practice? I’m gnawing the pencil, rearranging the desk, perspiring, perspiring, and at some point I realise I need to be more relaxed, permeable even; things are very close at hand; fey little office doodles, shop fronts, stickers I collected as child. In flow of my work, they’re extracted ready-mades. There is another aspect, it involves specialist processes and manufacturing techniques, searching these out is like making a kind of pilgrimage. You end up on the periphery of cities, in the bleaker of industrial estates, the companies around are called Velopex and Proformer and they don’t care a bit about you.

When looking through your portfolio, sculptures seem to dominate your oeuvre. Would you hence describe yourself as a sculptor?

A lot of my work is very concerned with materials. Plastic, rubbers and other composites are so abundant nowadays they have their own life cycles. I think for example of the swathes of plastics and glass awash in the Pacific Trash Vortex. There tends to be some visceral substance lurking in even the newest of machinery; 3D printers run on a powder that looks a lot like sand, the new prototypes are a washed out, bone-like brown.

In one of your statements on your practice, you describe that your arrangements might seem to be composed of found objects, yet you actually use rapid prototyping to virtually render the objects. Could you, please shortly explain this rather new technique in more detail to our readers.

The great thing about rapid prototyping is it constructs 3D objects horizontally, through thousands of flat layers. The objects are effectively born in these box-shaped 3D printers, which look more like scientific incubators. Like skyscrapers, objects emerge into the void, slowly building upwards, with no mould or negative. In the basin of a 3D printer, an infinite number of pairings can be born in one object, like a head and a filling system; there would be no graft and no seam.

How do you use this technique in a two dimensional production or are you only using this for the three dimensional objects?

On screen, the visual rendering visuals are beautiful, hypothetical. I use Turbo Squid, it’s a site where pre-rendered 3-D objects can be easily downloaded and manipulated. The simplicity and ubiquity of such images present something like the digital age equivalent of the “ready-made” except it could be a crumb or a castle. However, I’ve never used these in works themselves.

Although laser cutting, 3D printing and cnc-ing are becoming more common, these tools are not only a financial burden but also hard to access. How are you going about it? (assuming you don’t have all of these machine in your studio)

Well that’s a really good question – I’ve found the move to machining processes has been both incredibly empowering and disempowering. Each project marks the beginning of a long negotiation involving a circle of people with different types of, specialisms, egos and interpretations. For example, a rendering produced by a German architecture student might be made by a machine operator on the edge of Letchworth Garden City. You have to adopt certain disguises.

Throughout your studies at the Staedel School in Frankfurt, it can be assumed that you started off sculpting in a more traditional manner by simply using your own hands. How and why did you decide to include new media in your practice? What importance does the new media have to your work?

Before studying in Germany, my studio looked very busy, like a functioning ecosystem – everything was handled and wrought. I was looking for a kind a material mimesis but was never patient with my hands. Everything would break, a whole sculpture would end up on the floor, a cracked‐up, sentimental mess.

Coming to the Stadelschule changed everything. I felt like a Luddite alongside the dematerialised, technocratic practices of my colleagues. I started to use CAD drawing programs; on the screen I could mimic and replicate surfaces, treat whole volumes casually. All of these processes took me away from the studio, so I started to think about having to externalise an idea through software or explaining it to another fabricator.

Having studied in the UK and in Germany, are there and if so, to what extent do Universities and the teaching method differ in both countries, especially with regards to such new techniques?

In the UK there was a very high awareness of how things were made and I don’t know if it related to the craft history of Britain, especially in schools like the RCA which was originally a craft and guild school. This phrase “production values” was constantly around. In Germany there was much less of an emphasis on this. It was expected, precondition of the work, really just assigned to the meaning of it. I remember my professor saying “well if it needs to be CNCed and it costs this much, that’s what just you have to do”.

By virtually rendering and then printing the objects, the artist’s touch is arguably missing. Have you ever come across the question of authorship in your work? Is the conceptual or rather the technical approach of greater relevance?

Art is the one of the only areas where the question of authorship constantly arises; a car designer’s touch isn’t missing, nor an architect’s. Nonetheless, using machines does force you to externalise intentions much sooner and more precisely, the end result invariably embodies a collaborative process, I enjoy that both technically and conceptually.

You are currently exhibiting at the VI, VII Gallery in Oslo. Can you tell us more about the exhibition? (concept, works on display…)

The works have evolved from a larger piece of sculpture, a detached roller door, pulled straight out of the high street. I had a kind of fantasy to turn it into a crude metallic sea, the interlocking slats are wave- like and rhythmic. Then there is a rosette helix pattern which is extracted from the profile of the sculpture and re-articulated in several works, including silkscreen prints and a textile work. 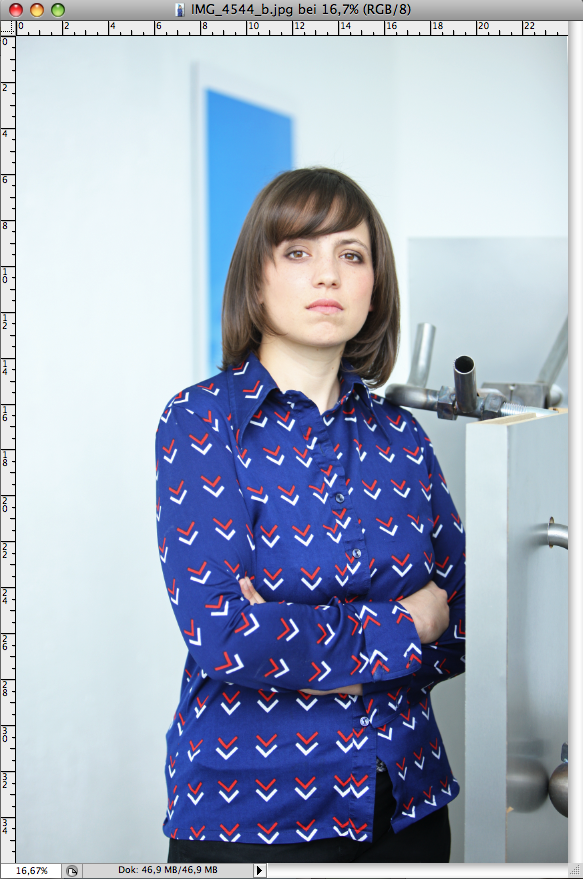 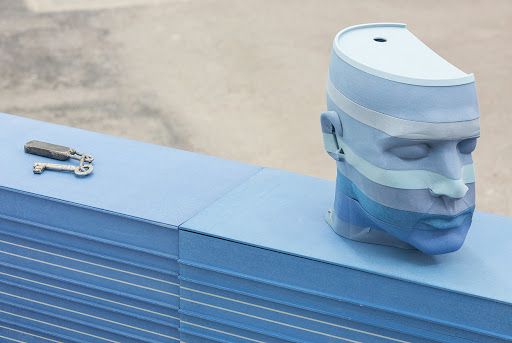 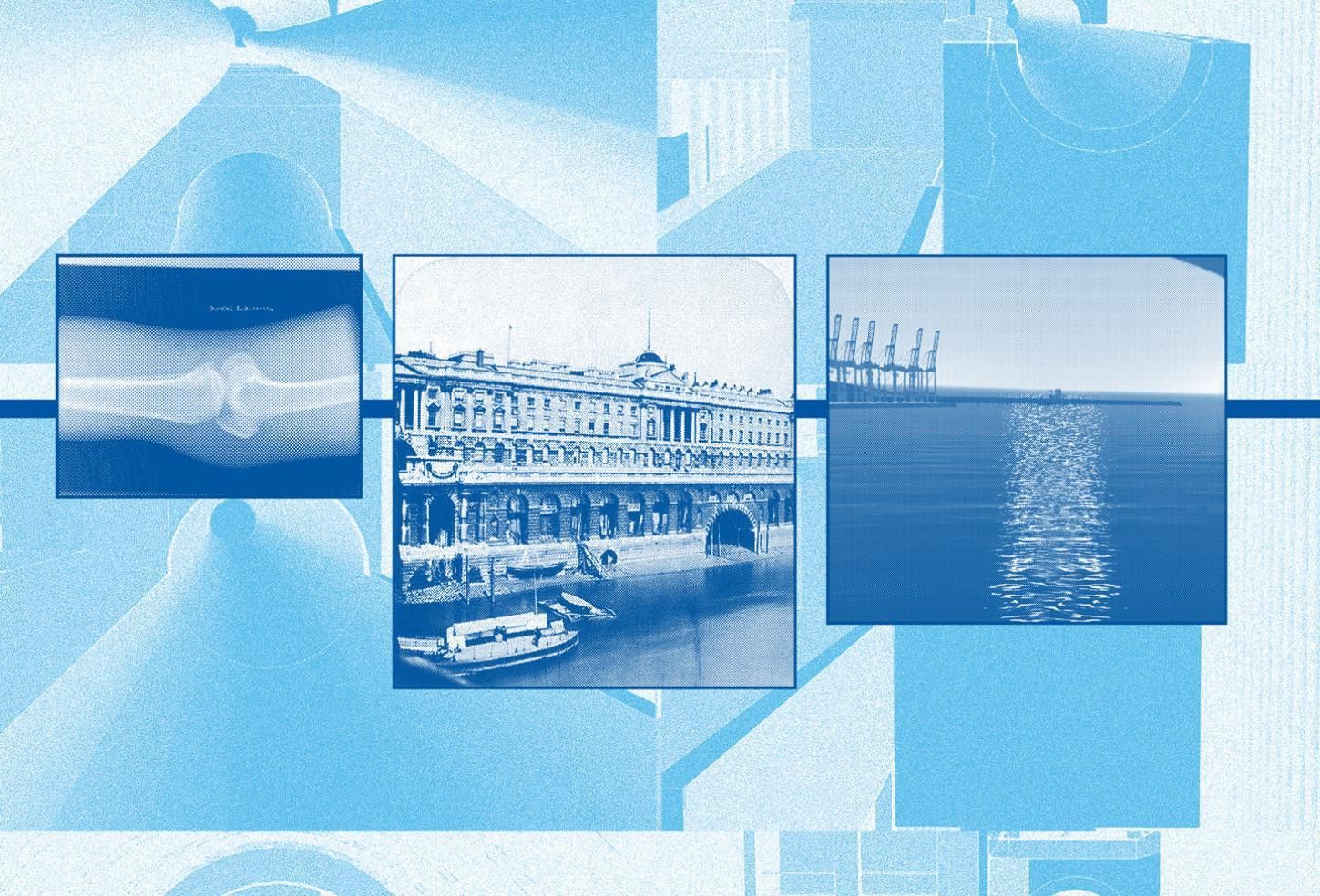 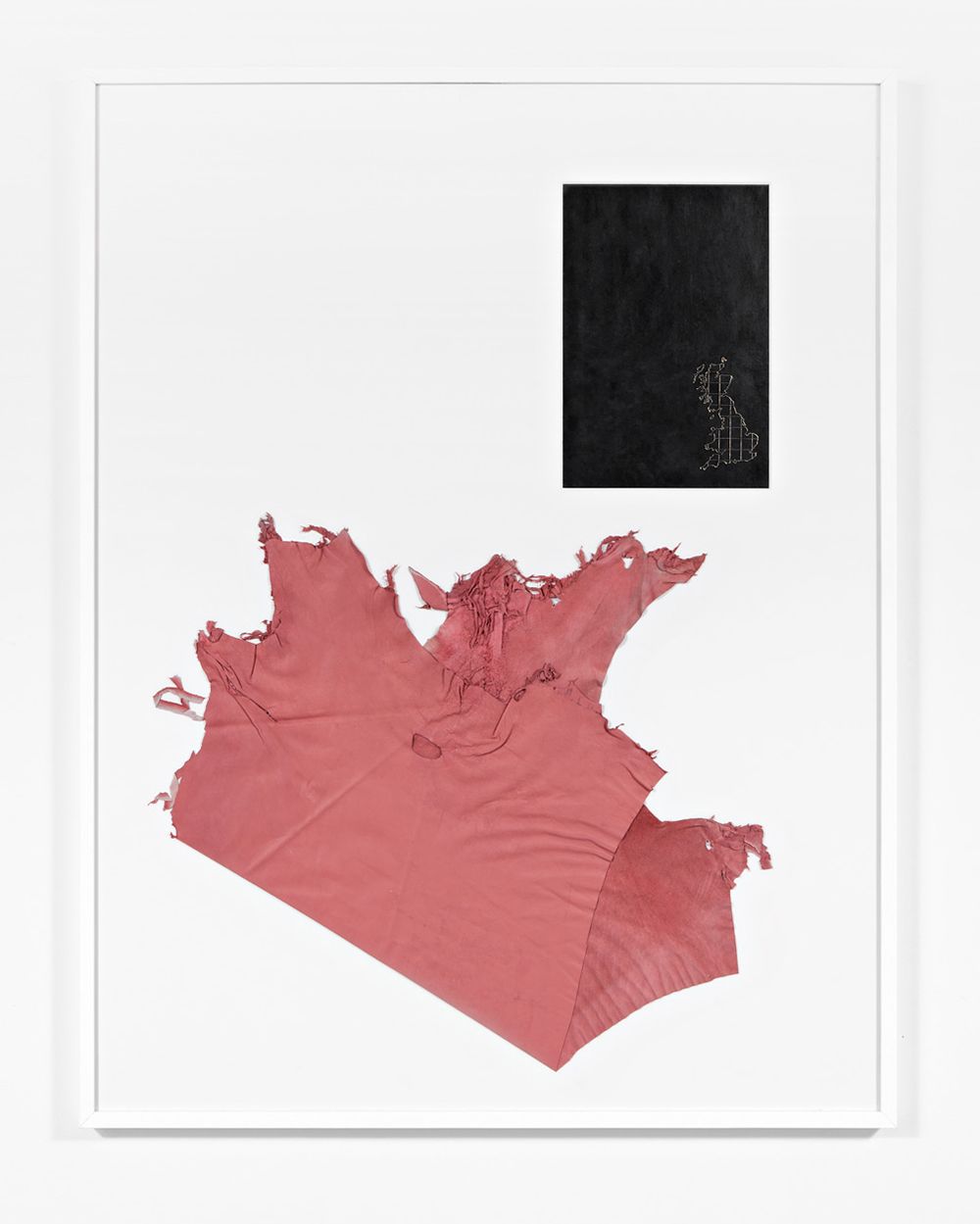 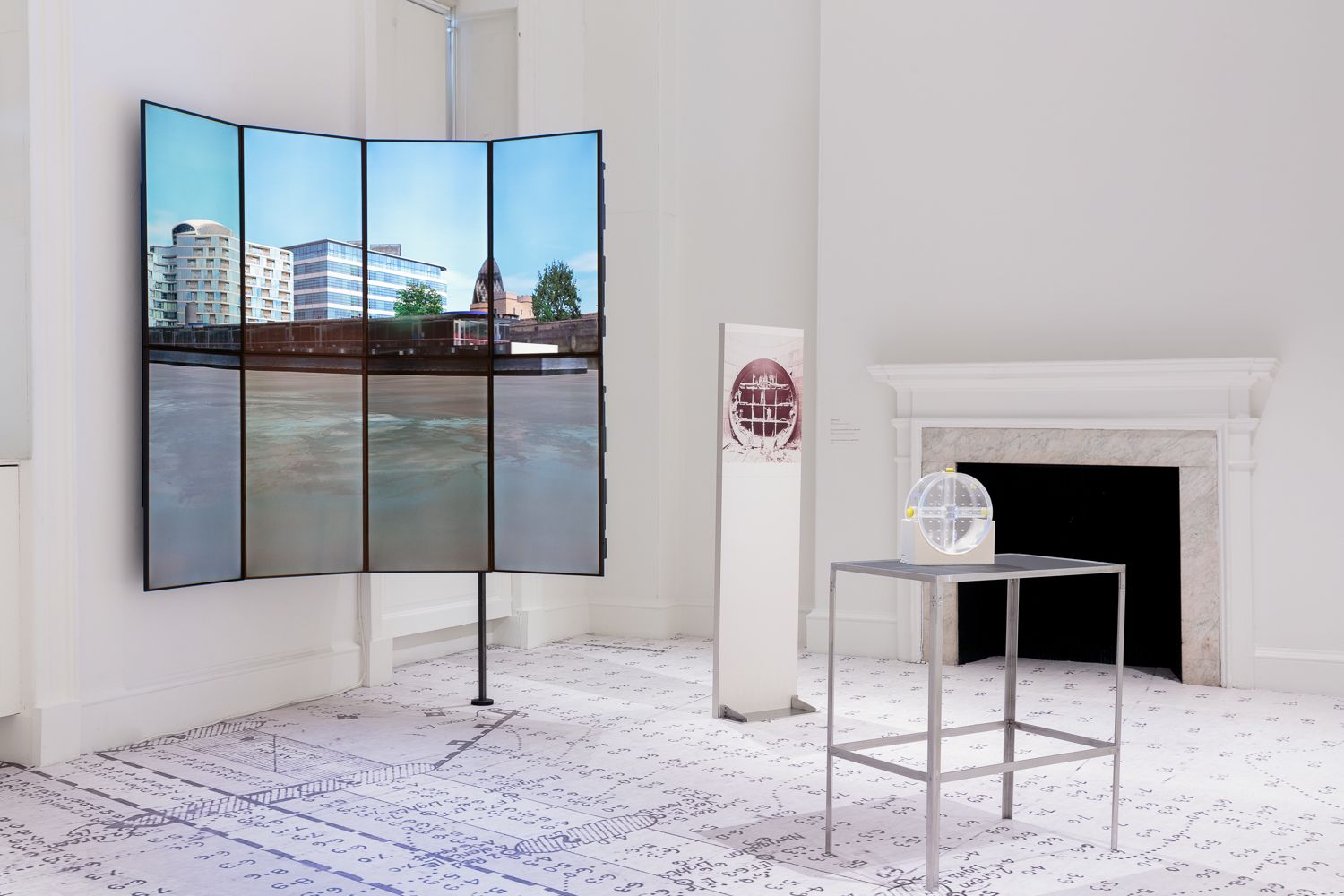