To begin, could you tell us a bit about your practice?

The practice is primarily rooted in sculpture and painting, with a focus on potential connections between digital and physical spaces.

You were born in Australia, grew up in Sydney, studied in Austria and now live in Vienna. What made you stay in Europe?

The day after finishing my studies I flew to Austria, where I had an artist residency in Graz, and then one following in Dale Sogn og Fjordane, Norway. So there was already a kind of informal program for the better part of a year. Whilst in Graz I met my partner and after Norway returned to look into further studies. I was never interested in studying art in Australia – to me it seemed that they took a business studies structure and changed the syllabus. The country is completely on the back foot when it comes to art – portraits and landscapes are mostly what make it to the main institutions. Art only replaces sport on the front page when The Archibald Prize – an annual portrait prize – is on show at the AGNSW.

When I spoke to mates who had studied in Austria, I was surprised to learn that the Magister syllabus is tailored to the individual and this appealed to me.

In various texts about your work the question of surface is being discussed, contextualizing your artistic practice – especially paintings such as the scratch-and-sniff paintings, where you like to add another layer by integrating a scratch-and-sniff sticker, triggering the sense of smelling in addition to viewing. Another work, Sharpies Thumb (2012), plays with the notion of hiding something behind another layer in order to cover it up and make it unseen, when two adolescent burglars try to hide their faces behind black felt pen. Could you elaborate on the importance of such techniques and the role of patterns or codes in your work?

With the scratch-and-sniff paintings I wanted to suggest a kind of an alternative realm to the viewer; as if one could scratch anywhere on the surface and the scent would appear from this unseen place, adding a further dimension to the experience. I thought of it as a kind of a back-and-forth between layers, both needing each other to exist. I suppose that’s where the work plays out – in the suggested potentiality, regardless of whether it’s acted on or not. I was thinking a lot about variables and X and Y-axes at the time, as well as samples and patterns.

Prior to those works, sharpies thumb had come about through thinking about adding and subtracting space, or reduction. I like humour as a device and I had this story in the back of my mind about the two guys who broke into a home, and when the owners came back early, they painted masks onto their faces with Sharpie pens. One guy tried to paint his whole face, the other a batman mask.

You throw noodles onto a canvas (i.e. e who remained was M, (2012)) or place rhythmic gymnastic ribbons into a frame filled with hot wax to then let it dry (Untitled, Black, Pink or Blue, (2012)), not knowing what pattern will come out in the end. How do you evaluate the notion of chance and coincidence in your work?

For the noodle works I like the idea that the works are a sample of a pattern, or where at some point the pattern will appear. ‘Chance’ in these works is very much at their core, where the action is kind of Pollock-esque; and I suppose the same with the rhythmic gymnastic works. Initially I was working towards them being sculptural within the space, but I quickly realised that freeze-framing such an action isn’t possible, so I gave into the ribbons falling into the frame – hinting at the volume a moment before. I think this ‘before-moment’ can be quite telling: giving in to an uncertainty.

In addition to a fascination with chance, the Internet is an integral part of your work and seems to serve as a source of inspiration. Yet you do not choose to use the obvious, everyday topics or imagery we are surrounded by, but rather try to find out what is hidden beyond the surface. The ‘Noodle Paintings’, for example, evolved out of the exploration of ‘Spaghetti Spam’ – sort of a code that is used to camouflage a spam mail so it can enter our inboxes. Are you interested in the technical approach of coding and decoding – or is it rather about finding a way of transferring something that only exists in the digital into the physical world by manifesting it with the classical means of painting on paper or canvas?

Absolutely. Coding as a form is incredibly interesting; these are languages that have shaped our collective pasts and present.
I suppose ‘decoding’ is a nice term to adopt to make sense of the practice; where there are various elements operating autonomously but still having a connection to one another.
Parts of my practice use programs and such, so it’s not a strict digital to physical position. Where the two overlap and inform each other is interesting for me. The physical parts to my practice are where elements of uncertainty, more often than not, can truly play out.

Similar to the ‘Spaghetti Spam’, the series ‘Trombone and Submits’ (2012) came into being. Here you subtracted the ‘foreground’ graphics of two specific junk email images. By altering, downsizing and formatting such png files, it is ensured they find their way into our email inbox, similar to spaghetti spam. Instead of projecting this onto a canvas, you now choose to intertweave it into a classically woven carpet. The link to the Internet is again far from obvious, but still crucial to the work. Yet what the viewer first and foremost sees is an abstract pattern on a precious rug. How does the choice of material, that at the same time turns it into a usable object, affect the work?

A rug occupies a plane that is quite hidden within a typically quite intimate shared space. I like the idea of someone’s kid playing on it, or a dog sleeping on it; everyday mundane activities, but separated into different pockets of the world.
Foucault wrote of carpets reflecting gardens, and gardens reflecting nature. That carpets are the smallest parcel of the world, yet at the same time the totality of the world. I thought that was quite nice, and I find the relationship between being part of the commonplace world and also being something larger, or more encompassing than that intriguing.

**You constantly switch between two- and three-dimensional works without leaving the question of the surface and the importance of patterns aside – rather, it seems they play an integral part in the sculptures. Your latest exhibition at Croy Nielsen in Berlin showcases numerous fabric-like metal grids that are almost carelessly stuck to concrete blogs. The light colors that appear on the grids are in fact patterns and customized backgrounds from GeoCities, a former Web host for personalized homepages that peaked at the end of the nineties. To some, these patterns represent the beginning of the Internet and almost trigger a kind of ‘digital nostalgia’.

Like in many of the works described above, you tend to incorporate such aspects of the Internet in your work that are rather ordinary, unknown or soon to be forgotten, lurking somewhere in the depth of the cyber world. Is this a way of preserving the digital?

This was a special show for me to see these basic elements, these minuscule image files patterned to become backgrounds, play out in the space. The title of the show, ‚C C‘ was a reflection on this minute and reduced element, that together could mean an array of things. ‚C C‘ as “si si” or cc: carbon copy. I suppose, in a way, it is a preservation of some digital bit of volume. I think the sculptures hold a certain tension about figuring-out what they are, and how the studio has altered them. It’s quite primitive in its outcome, and I think there’s a nice moment where the show’s volume is informed by incredibly small files.

As already mentioned, you have moved from Australia to Europe and exhibitions of your work have spanned nearly the whole globe. Are there crucial differences between the countries that immediately influence your specific work/projects or is the world in that sense as global and unified as the Internet?

Yes, I would say that locality influences my work, but probably a sense of connectivity does more so. I guess it’s a back-and-forth of localism, globalism and connectivity. Australia influences me incredibly – I like the landscape and using the sea as an orientation point.
Perhaps it’s because most of the practice is played out from one place, the studio; but this sense of the global feels more accessible at times than my immediate surroundings. I guess that’s common for most people though: a paradoxical feeling of isolation and connectivity.

‘Cosmic Latte’, a hue astronomers discovered by averaging all the light emanating from the stars of various galaxies, was an incidental by-product of studying star formation; it was created randomly, when one of the scientists stared into his Starbucks Coffee. You used this cream colour as a starting point for an exhibition and developed a new series of sculptures. Here again you used humorous and absurd information from the Internet and digital imagery as your source, yet the results are abstract, filigree forms that leave no trace of the initial conceptual starting point. Could you tell us a bit more about the process of how the abstract forms came into being?

The forms stem from arbitrarily selected images from the Internet, and where the ‘cosmic latte’ colour value appears the shapes from the images is isolated and then laser cut into wood. From there I used the wood pieces as a kind of palette, to construct these average colour-of-the-universe works.
The works were realised for a show at Emanuel Layr in 2013, where the gallery was painted in the beige ‘cosmic latte’, and the sculptures in white. White because I didn’t want the viewer to get too hung up on the materiality of the wood.
Interestingly, two weeks prior to ‘cosmic latte’ being discovered they believed it to be a light mint- green colour. The data falsely included shades and shadows, and when re-corrected to remove the depth, resulted in the beige hue. I’m also working with this colour – most recently in February for ‚Midday Hour’ at Minerva, Sydney – it’s a funny situation to have an ‘incorrect average colour of the universe’.

The Internet is not only a source of inspiration, however, but also a place of actual work. You develop online projects such as Cointemporary – a temporary online exhibition of art for Bitcoin. This time your work stays purely digitally. In what relation do such projects have to the your works exhibited physically?

Cointemporary is an interesting project for me, but I wouldn’t necessarily connect it to my practice.
Valentin Ruhry and I started it really not knowing how it would fare within the rhetoric of online art sales and ventures. We see it as an artist project and artist-run space, where we show one work at a time – in a way suggesting a slower pace of viewing. The work is offered in Bitcoin at a locked-in price based on its twenty-four hour weighted average prior to going live. Using Bitcoin as its unit of account highlights that it’s incredibly volatile, shifting the focus of value.

Earlier this year we begun exhibiting digital works as well as physical, which I think is an important step for a digital artist-run space. Artists have shown .txt files, image/zip files, screensavers … 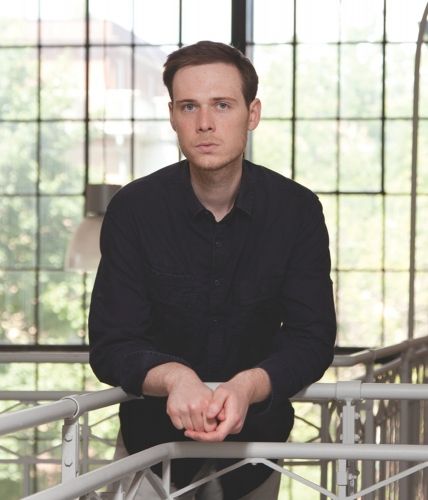 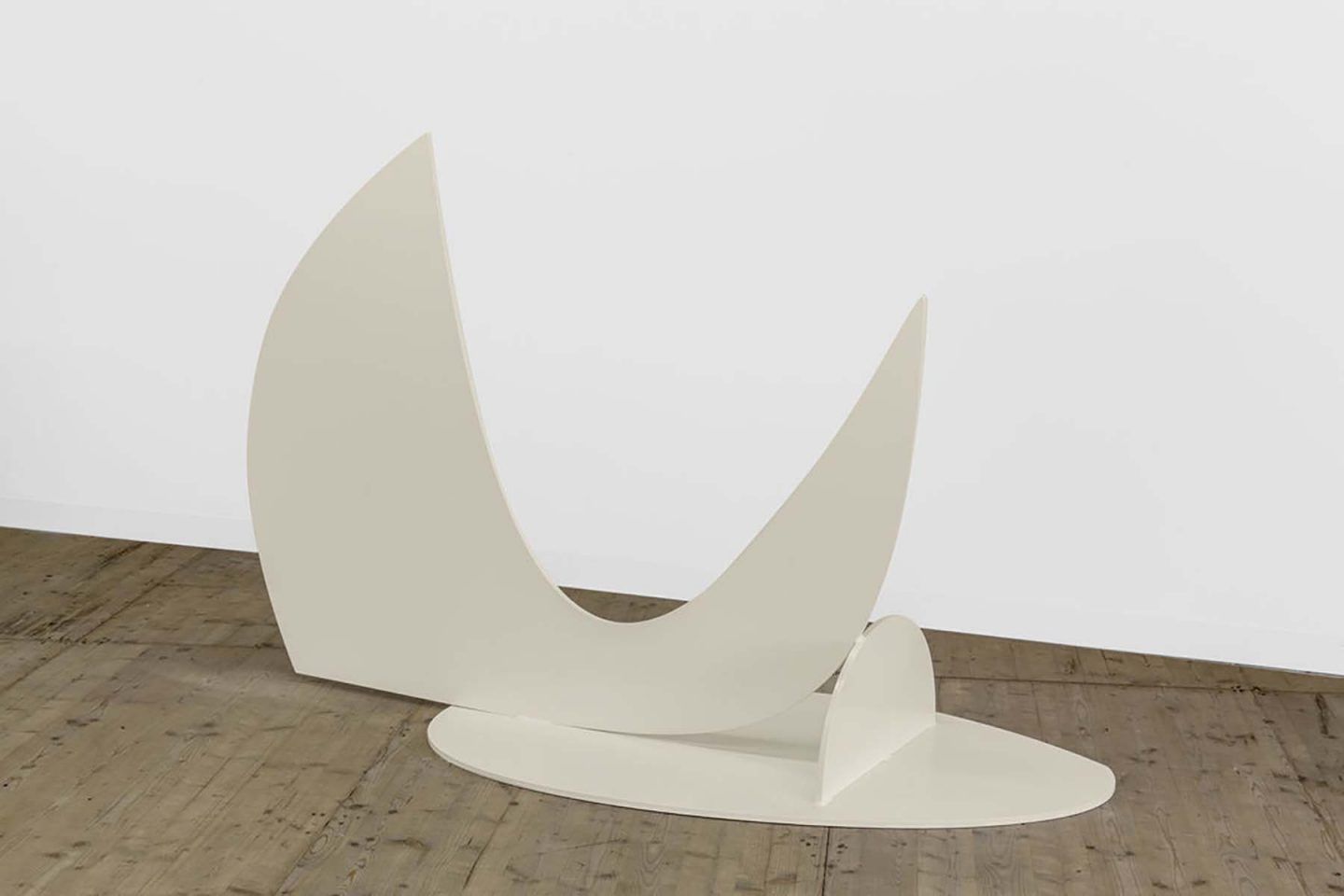 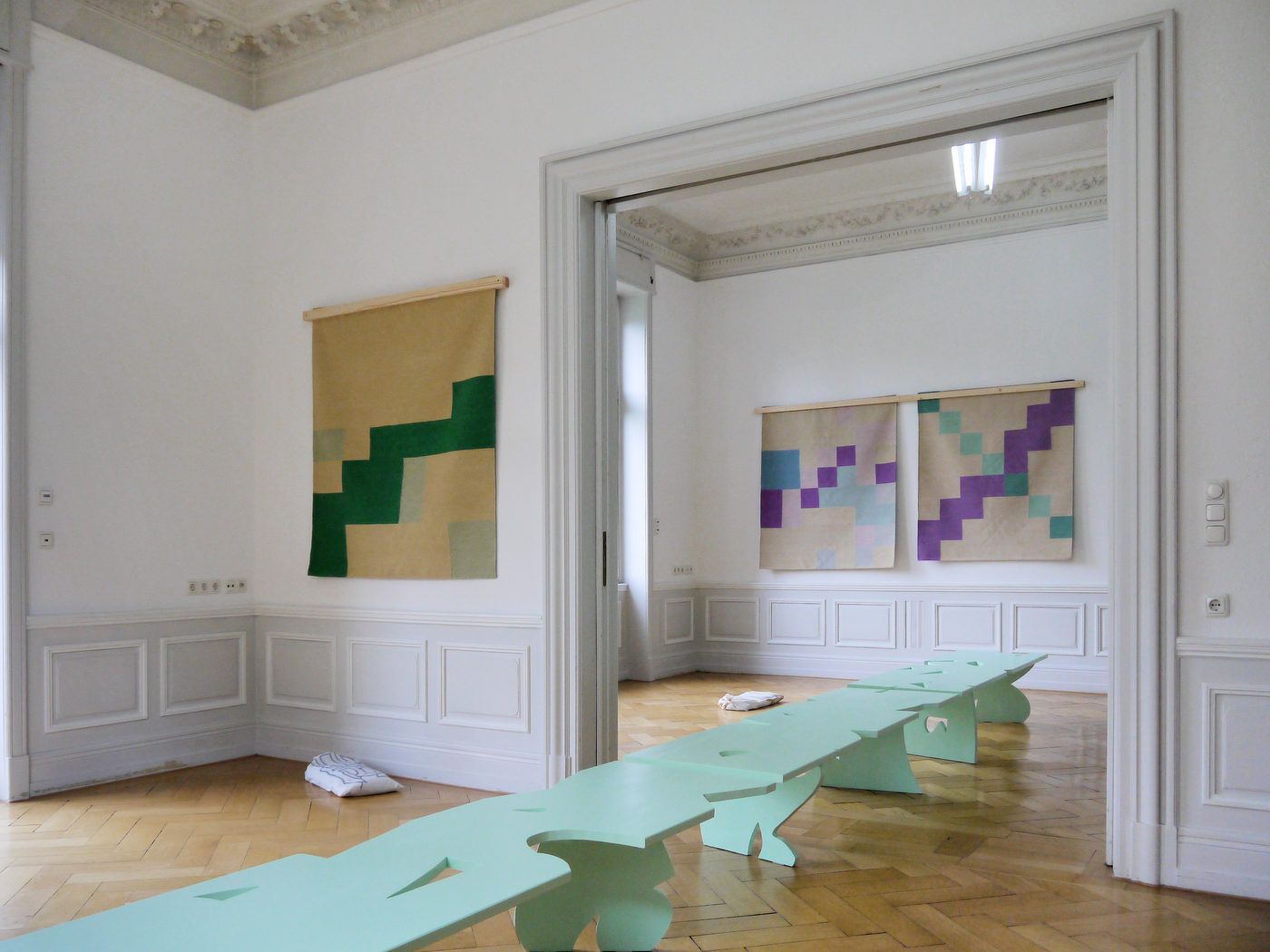 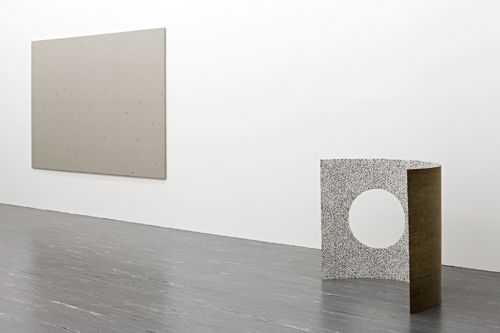 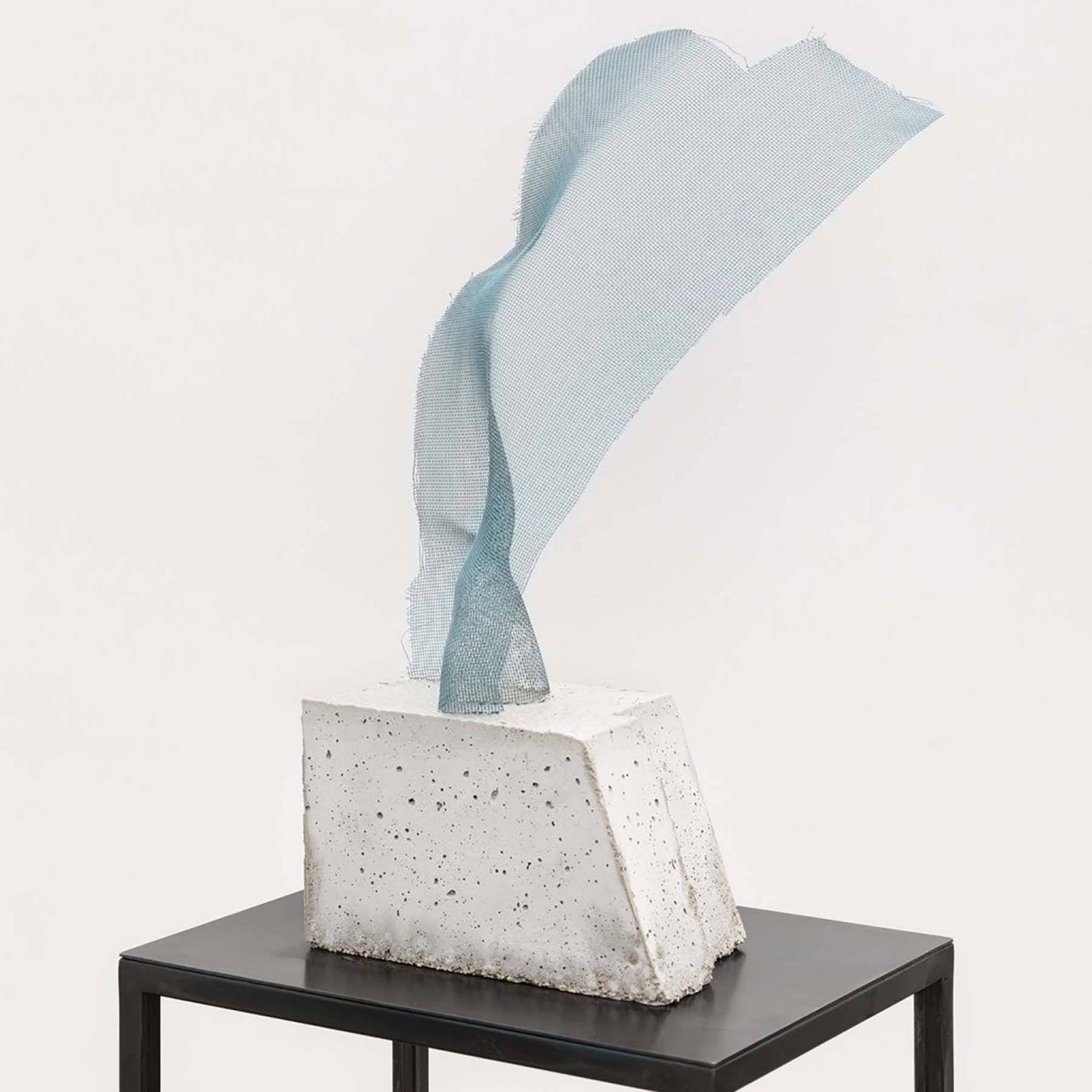 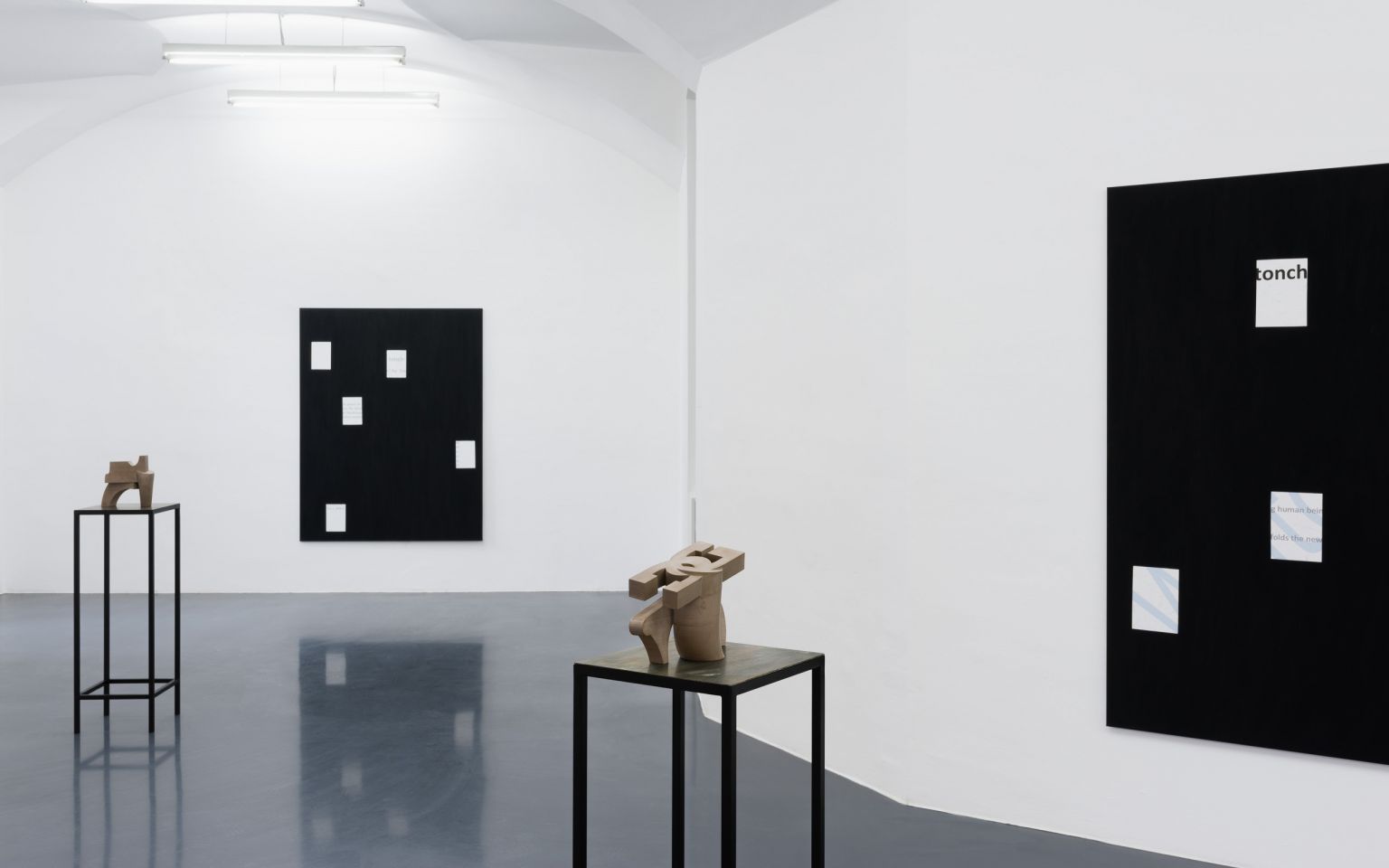 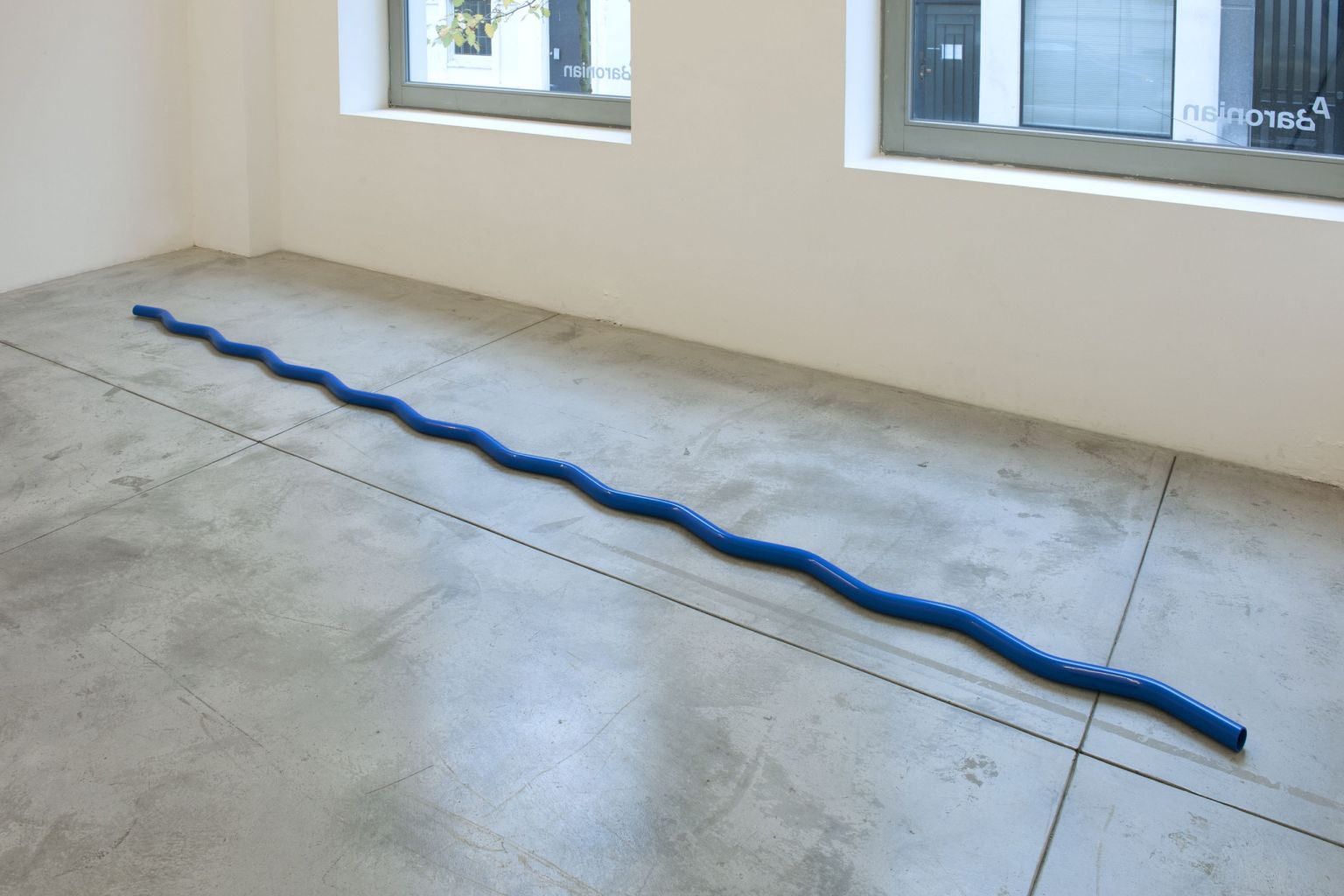